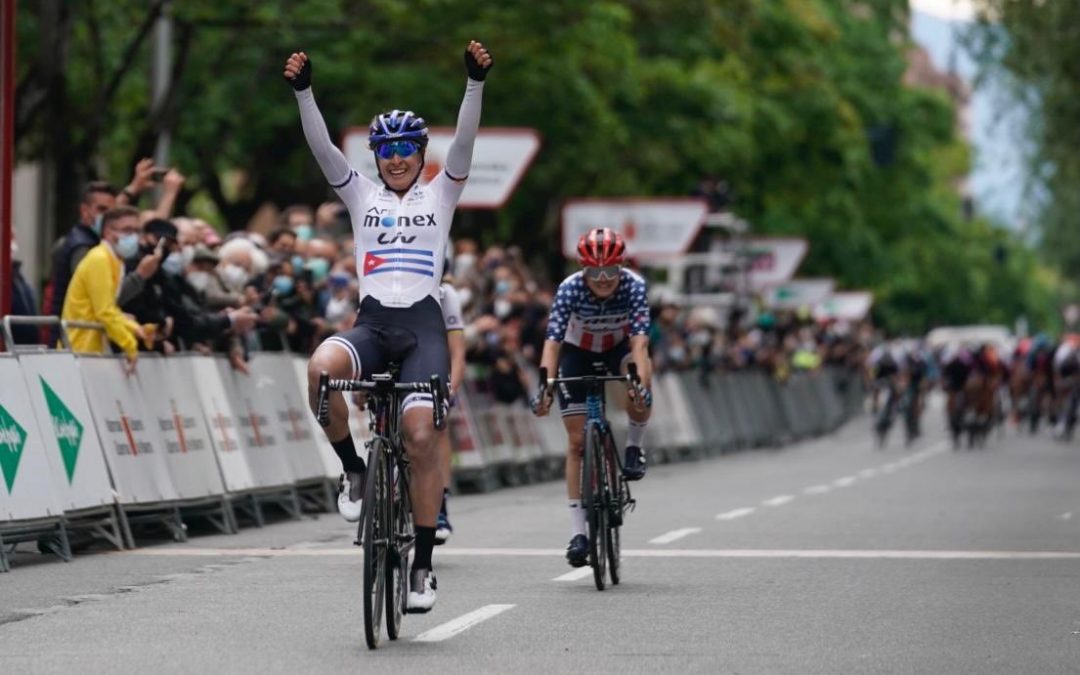 Cuban cyclist Arlenis Sierra (A.R. Monex Women’s) surprised everyone this Friday with a spectacular final sprint to win the title of the Second Navarra Women´s Elite Classics, contested over 124.8 kilometers, with the start and finish in Pamplona, ​​Spain.

The media highlight that the 28-year-old Antillean dethroned the favorite, Annemiek Van Vleuten (Movistar Team), 2019 world road champion and winner of the Tour of Flanders and of last year’s two classics organized in Navarra, despite the fact that the three leaders finished with the same time of 3:17:00 hours.

As they describe, an exciting packing through the center of her allowed Arlenis to conquer her first triumph of this 2021, with which she added 125 points for the UCI world ranking; while she left the American Ruth Winder (Trek-Segafredo) and the Dutch Annemiek Van Vleuten (Movistar Team) for second and third place. In this way,

Navarra left behind two extraordinary days in which cycling lovers have been able to enjoy a first day marked by rain, but in which Van Vleuten did not give rise to surprise and prevailed; and this second day in the one Cuban one climbed to the top of the podium for the first time in these appointments.

This is the eleventh participation of the A.R Monex Women’s rider in 2021 and before her first place in Navarra, the best she had was a sixth place in the Scheldeprijs Classical, in Belgium. All of this is part of her preparation for the Tokyo Olympics, where she will meet many of the rivals she defeated on May 14 on Iberian soil.