As in 2019, Arlenis Sierra prevails in Giro a la Toscana 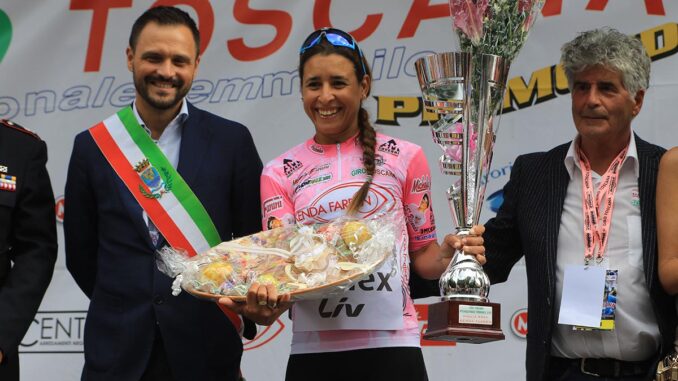 The best Cuban cyclist of the last decade, Arlenis Sierra dominated the XXV Giro a la Toscana, as she did in 2019, after entering fifth in the second and last stage pedaled this Sunday.

Arlenis also deserved the award for points, adding those won today and during his triumphs in the prologue on Friday and the first segment this Saturday.

The Giro, which pays tribute to the Italian rider Michela Fanini, who died in a car accident in 1994, was a collective victory for AR Monex, thanks to the final positions of Arlenis (1), the Russian María Novolodkaia (8) and the Italian Katia Ragusa (12).

The ultimately champion team controlled the competition quite a bit, mainly this Sunday between the towns of Lucca and Montecatini. In the 127.8-kilometer course, the platoon of more than 100 contestants faced six mountain prizes, three of those very demanding.

This Sunday only the Italian Giorgia Bariani, from Top Girls Fassa Bortolo, entered ahead of Arlenis; the Lithuanian Rasa Leleivyte, from Aromitalia Vaiano; the Polish Karolina Kumiega (national team) and the Ragusa, all with a similar time to the winner (3: 15.55 hours).

Arlenis’ next race with her club will be at the Giro a Ardech, in France, starting on September 8. This is a competition in mostly mountainous terrain.