ASOCIGLOBO WILL BE THE DEDICATE OF THE COSTA RICA RETURN 2019 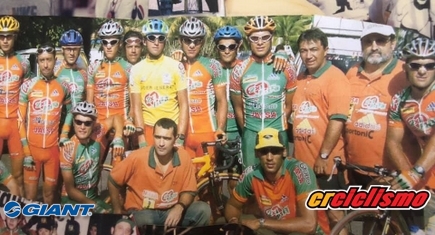 SAN JOSE. As announced by CR CYCLING days ago the El Globo Store Cycling Association (ASOCIGLOBO) was chosen as the dedicated one of the Vuelta Costa Rica 2019, as announced by FECOCI.

The Association is also celebrating 40 years in cycling, officially starting in 1979, despite already sponsoring a team in 1978.

While international cyclists such as Hernan Dario Muñoz, Julio Cesar Rangel, Gregorio Ladino, have been part of the history, where they add a total of 9 laps to Costa Rica.

In addition 8 titles in Vuelta San Carlos, 5 in the Cemex Classical and six Vueltatas a la Juventud, while internationally highlights the triumph in the Vuelta al Tachira in 2016, 3 Vueltatas to Guatemala, 5 Vueltatas to Nicaragua, one Vuelta Jamaica, one Vuelta Chiriquí, among many others. (crciclismo.com)