Asthon Lambie, champion in the Nations Cup in Hong Kong 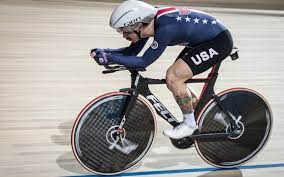 Only the American Asthon Lambie could reach the distant Asian continent through America to participate in the International Cycling Union Cup of Nations that took place this Friday, May 16. And the result showed that the effort and talent were worth it, as he led the individual pursuit test.

In the four statutory kilometers, the Northerner developed his best pedaling and left the Germans Domenic Weinstein and Leon Rohde in second and third place, respectively. In unison he accumulated 800 points for the UCI World Ranking.

“It was worth traveling to Hong Kong first to adapt to the time change and then fight for a medal,” said Lambie after being approached by the local media, who recognized his potential to prevail on any world or Olympic stage.

Lambie is no stranger to the world of cranks and pedals, as demonstrated by the world runner-up in this very own individual chase event at the World Championship in Berlin 2020.