Before leaving for Europe, Egan Bernal presents his EB Project 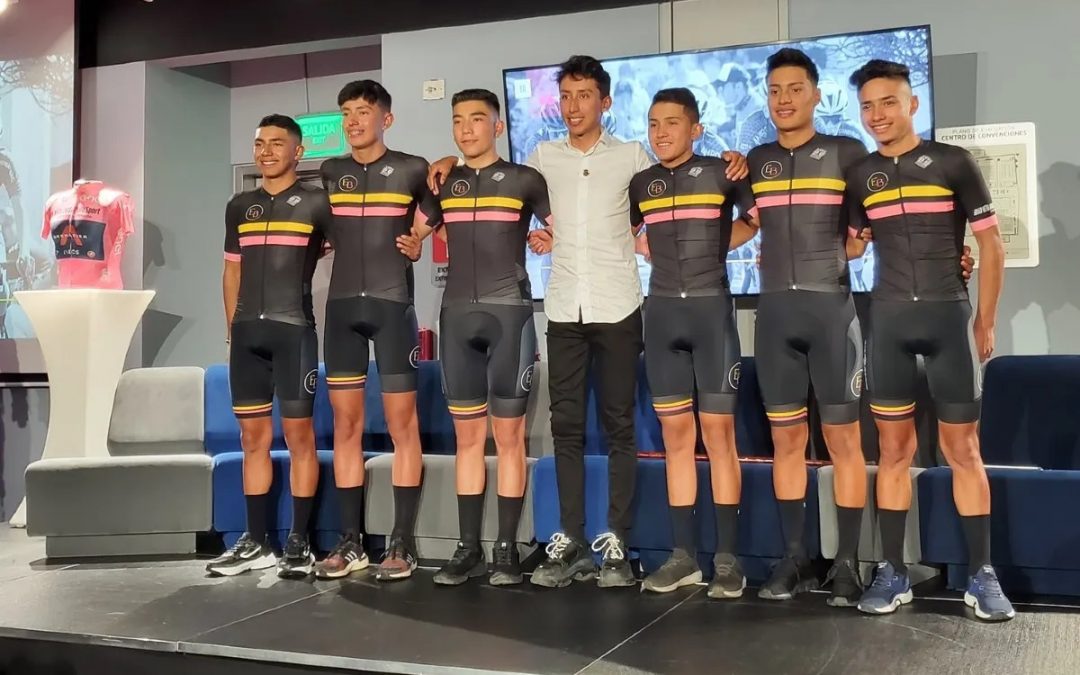 In what should be interpreted as a sign of generosity and generosity, as well as the desire to contribute to the development of his sport, the great Colombian champion Egan Bernal presented his EB Project, in a sober, elegant and crowded event, held at the Centro of Connecta Conventions, in Bogotá.

Initially, six cyclists will make up the youth formation, in which the presence of the younger brother of the Ineos Grenadiers leader, Ronald Bernal, stands out. The training is made up of a team of young people between 14 and 24 years of age, who will be given the opportunity to start the path of their dreams, surrounded by all the elements and tools necessary for training as cyclists.

The champion of the Tour de France and the Giro d’Italia pointed out regarding the birth of the project, that “curiously it was born in the UCI clinic where I was confined after the accident in which I was about to lose my life or mobility. I was reflecting at night and thinking about this second chance that God was giving me and I told myself that I should do something more than think about continuing my recovery and my sports career”.

What else inspired you to make this decision?

I was accompanying the team that my little brother is part of in a race in Neiva and the day before traveling they did not have the necessary resources and were about to cancel the trip so not only did I tell them that I gave them what they needed and the I would accompany, realizing the great needs in which the practice of cycling in our country begins, some of which I also had to overcome. So with greater force I decided to do something to fill that void and that of a good number of boys.

What are the components of the project?

We are going to have 24 cyclists, of which we already have 6 selected and we are looking for the rest through a scouting process headed by our DT Camilo Avellaneda, a man with all the experience to direct our process from that point of view. The team will have all the necessary elements for orientation, teaching, foundation, competition and, above all, comprehensive training because if not all of them are champions, we want to train useful elements for our society.

It will require the support of public and private companies…

We expect that support and I have no doubt that we will have it because we are going to benefit our youth. For them we have a marketing plan for the team and the companies that are linked to our project will also have all the legal and advertising benefits that this type of project generates, hoping that this initiative will have a long life.

There are other foundations in Europe, the United States and Colombia led by champions like you…

That has also served me as a role model and I hope that many more continue to appear, because I believe that it is the only way to provide opportunities and development to grassroots cycling, which is ultimately the most needed and to which we must pay the most attention.

The Zipaquirá cyclist was accompanied at his presentation event by prominent personalities from sports, industry, cycling and the government, such as the presidents of the Colombian Olympic Committee, Ciro Solano; the Governor of Cundinamarca, Mauricio Vargas; the former governor of Boyacá, Carlos Amaya; and cyclists like Oscar Sevilla, as well as the family of the great champion and the most important media in the country.

The interview concluded with the obligatory question about his recovery, to which he said that “everything is progressing satisfactorily, I continue to ride a bicycle daily, I can now stand on pedals, although “chambonamente” and to walk in support for safety with the cane

We understand that he is about to travel to Europe…

That’s how it is. In the next few days I will be traveling to Monaco where I will continue my recovery process and then to France where I will attend a specialized rehabilitation center to continue and finish the procedure that we have successfully carried out at the MET Clinic as well as at the Sabana Clinic.