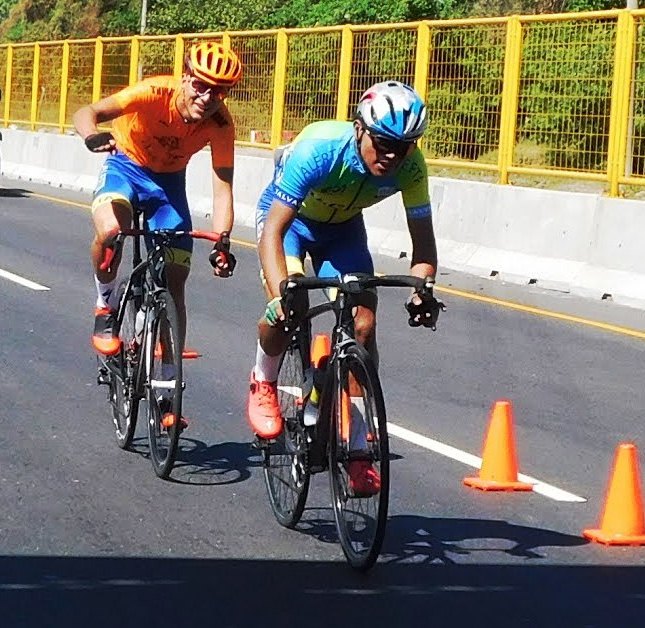 The Salvadoran rider Benjamín Martínez from the Alert Empresas team booked the second stage of the Vuelta Futuro a El Salvador 2020, setting a time of 2h15’36 ”. Fernando Sánchez entered the second position, who maintains the leadership. The test was a tough test for the leader, who was attacked with everything by the Guatemalan runners of the Nazaret Intercop and Panes Tish from the start of the race.

The drama of the stage was experienced in the ascent to Olocuilta, where the Guatemalan brothers José and Juan Borón of the Panes Tish team attacked the leader, managing to take advantage of him in the mountain prize, and it was there when the runners of Alert Companies organized. In those hard moments, the talent of Benjamín Martínez emerges, who, making a great effort as a gregarious leader, has managed to take him down and connect with the escape. The stage was defined in a final sprint where Martínez won and Sánchez retained the lead.

The Junior Female category was won by the team rider Mera Madelline Mendoza with a time of 1h58’59 ”, and achieved the leadership of the category.

In the female Cadets category, the victory went to Linda Girón of the Genuina Cycling team with a time of 1h18’07 ”, consolidating her leadership.

Daniel Orellana of the Denk Nutrition squad, after making a long escape, achieved stage victory with a time of 1h17’50 ”, and remains leader of the Pre-Cadet category.

In another interesting duel, Diego Cárcamo from Team Mera, setting a time of 1h42’01 ”, made an early escape, thus achieving a great victory in the Cadets division, reaching the leadership of the 5th. Return Future. Setting a time of 1h45’56 ”, Sara Bárcenas from the Triathlon team achieved stage victory in the Pre-Cadet category, where the Genuina Cycling team rider Fátima Melara remains the leader.

The Vuelta Futuro 2020 will end tomorrow, Sunday, December 20, with a closed circuit on the highway to Monseñor Romero airport and surroundings.