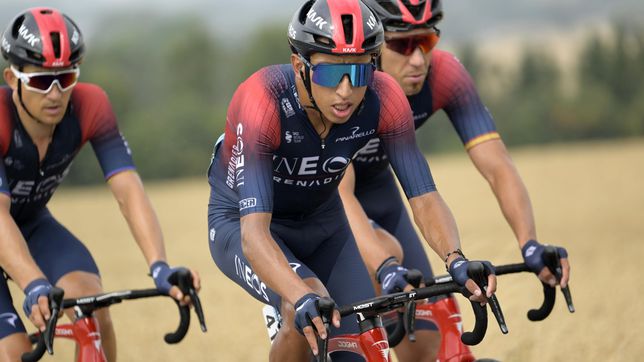 345 days. This is the desert that Egan Bernal has lived far from the competition, a sports limbo in which the Colombian’s perseverance went beyond a mere recovery to lead a normal life after the terrible accident he suffered last January, when he crashed while training against the back of a bus at more than 50 km/h.

This Tuesday, in the first stage of the Tour of Denmark, the Ineos rider got the most rewarding reward of all: feeling like a cyclist again.

And it is that the one from Zipaquirá had not worn a bib since the last Vuelta a España, where he finished sixth overall, so today was his first day of competition in 2022. Forever unforgettable.

It doesn’t matter that he reached the finish line trailing the main group (2:06 behind the winner), a wise decision considering where he came from and, even more so, seeing the tension that was experienced in different sections of the stage, including a fall in the moments before the final sprint involving a handful of riders.

The Colombian got rid of all this and, as if that were not enough, he was seen in the front positions of the peloton for much of the stage, gaining sensations to ride in a group with the support of his teammates.

The day had a great Nordic role with the representation of Kristensen, Pedersen, Wallin, Nielsen, Lunder and Banaszek on the run. The route, despite being the second longest of this edition with 222 km, did not pose any threat to the sprinters’ teams, and more so with several laps around a circuit near the town of Koge.

Thus, with the adventurous sextet neutralized in the last kilometers, everything was resolved in a massive sprint in which Jasper Philipsen showed impressive top speed.

However, Olav Kooij, who is sweet, stuck to his wheel to pass him in the last kidney shot. Tenth victory of the year for the Jumbo-Visma runner (20 years old), called to be one of the great sprinters in years to come. This Wednesday he will have a hard time retaining the lead with a flat 12.2km time trial.