BMX in San Juan: the Molinas repeated the podium, now gold and silver 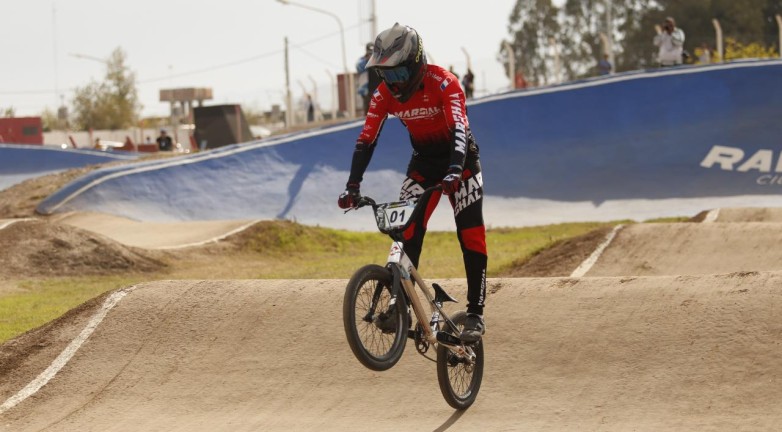 Franco and Gonzalo closed a great weekend. The Sanjuaninos of the Argentine National Team once again managed to get into the top three in their categories and secure points for the ranking of the Paris 2024 Olympic Games.

At the close of the international date in San Juan, the San Juan duo with the surname Molina scored a great double. On the opening day on Saturday, both managed to make the podium. And this Sunday, Franco and Gonzalo did it again.

As stipulated, at the Rawson Bicicross Club, the second race of the international bicycling competition was held. Argentines, Brazilians, Colombians and other South Americans were looking for more points for the Paris 2024 Olympic cycle.

The opening of the Sports City Cup was excellent for the team from San Juan. On Saturday, Franco (18) and Gonzalo (27) finished first in their respective categories. The first in junior boys; the second among those in the elite category.

The balance on Sunday evening was almost identical to that of the previous day. Franco was the one who repeated victory among his own. He won the first two motos and in the last one he finished fourth. What he did was enough to retain the first place on the podium. The young cyclist finished ahead of Guylherme Paradellas -Brazil- and Brayanth Quimbayo -Colombia-.

On the side of his brother, Gonzalo almost did not match his performance on Saturday. In the day’s race he finished in second place. However, he managed to repeat the podium, which is no small thing. In the first heat he suffered a fall that left him in eighth place. But in the remaining two he recovered and won them. In the final count he was placed behind the Brazilian Guilherme Ribeiro. Who completed the podium was Franklin Vasconcelos, compatriot of the winner.

This double podium for the team from San Juan is a great kick. For them (Franco and Gonzalo), this season will be very demanding. Both will have World Cup dates and other races. The main goal for both is the next Olympic Games.

Written by Press Secretariat of Sports of San Juan