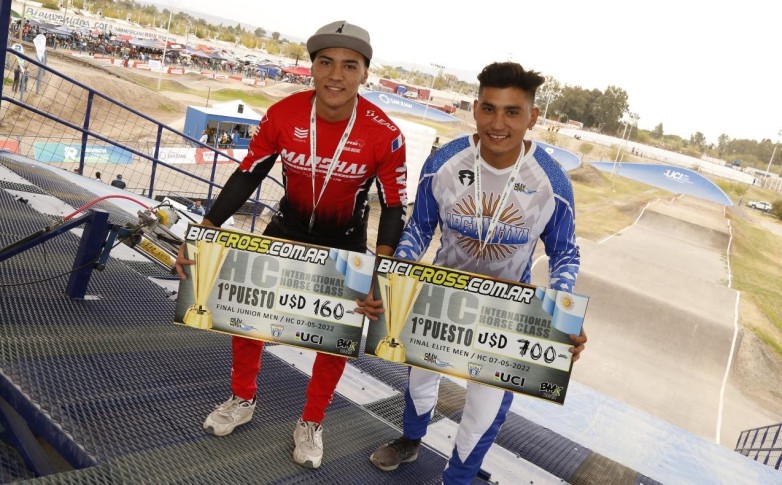 The day finally arrived for the staging of the international BMX date in San Juan. In the first race of the weekend, Gonzalo and Franco Molina, high-performance athletes from San Juan, finished on top of their respective podiums. The San Juan duo had a remarkable performance at the premiere of the competition in San Juan. From locals and wearing the Albiceleste, both finished first in their categories.

Midweek, the protagonists of this note mentioned how expectant they were to run in front of their people. They did it this Saturday, on the track of the Rawson Bikecross Club, where they showed a remarkable level.

Almost 50 cyclists, from various countries and categories, were part of this first round. This Sunday will be the second and last in this venue. And to the joy of San Juan, their representatives, the Molina brothers, had a great Saturday.

In the Franco category (junior men), the man from San Juan was first in the three heats that he played. Performance that left him above his compatriot Lautaro Mercado and the Colombian Brayanth Quimbayo.

This was the division with the largest number of participants. In total there were 16 participating cyclists. The majority of Argentines were joined by young Colombians and Brazilians.

Then, among the elite men, it was Gonzalo, known as Chalo, who emulated his brother (nicknamed Chanchi), and also finished ahead. He was the first in the three races disputed. He beat two other very good riders such as the Brazilians Bruno Andrade and Pedro Vinicius Santos. In this partial there were eight runners. And all of them from Argentina and Brazil.

These excellent results on the first day leaves them within reach of a double at home. This Sunday, May 8, between 10:00 and 14:00, as indicated in the schedule, the second international race will take place.

Written by Press Secretariat of Sports of San Juan