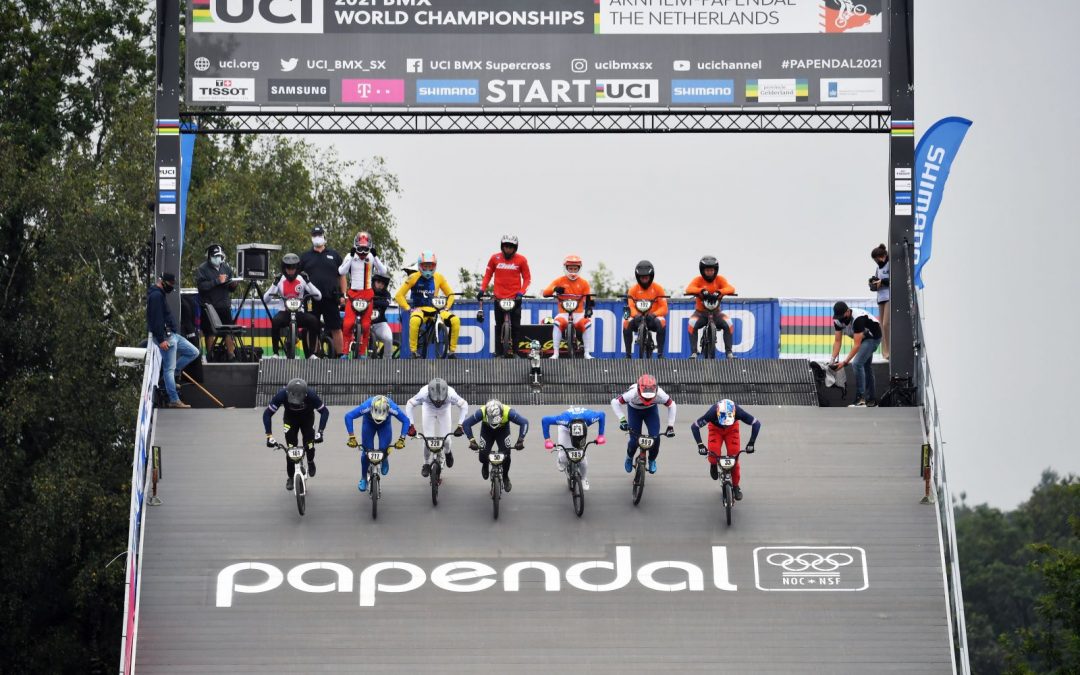 The International Cycling Union (UCI) published a summary in numbers of what happened in the BMX Racing specialty in 2021, in which our geographical area once again had a leading role, led by the three-time Olympic medalist, the Colombian Mariana Pajón, who led the universal ranking among ladies. These are the summary numbers for BMX Racing.

Under-23 was the new category of racing for men and women this year in the UCI World Cup. It was a popular addition, with a total of 276 entries across the eight rounds.

is the number of BMX World Cups that Laura Smulders (NED) has won during her career so far.  Mariana Pajón (COL) has the next highest number of wins, with 12, the same number as the Netherlands’ Niek Kimmann, who has the most wins in the Men Elite competition.

2 wins each for Joris Daudet (FRA) and Mariana Pajón in Bogotá, marking the first time two Elite riders achieve the double across a World Cup weekend. To go one better – the same was achieved in the Men Under 23 and Women Under 23 thanks to the double victories of Asuma Nakai (JPN) and Thalya Burford (SUI).

50% of the BMX Racing participants at the Tokyo 2020 Olympics were women. It was the first time since its Olympic début, in Beijing (China) 2008, that the discipline enjoyed gender parity on the Olympic stage: 24 women and 24 men compared to 32 men and 16 women at the three previous editions.

25 is the number of editions of the UCI BMX World Championships that have been held so far. The 25th silver anniversary edition took place in Arnhem-Papendal, the Netherlands, on 22 August.

313 and 911 were the winning number plates of Olympic and UCI World Champions Niek Kimmann (NED) and Bethany Shriever (GBR).

23 was the number of days between Kimmann’s and Shriever’s Olympic victories in Tokyo 2020 and claiming their rainbow jerseys in Arnhem-Papendal.

4 different national anthems were played at the Olympic Training Centre Papendal, with athletes from 4 different nations winning the 4 UCI World titles up for grabs: as well as the Men Elite and Women Elite wins for Kimmann  and Shriever (GBR) the Men Junior and Women Junior rainbow jerseys went to Marco Radaelli (ITA) and Mariane Beltrando (FRA).