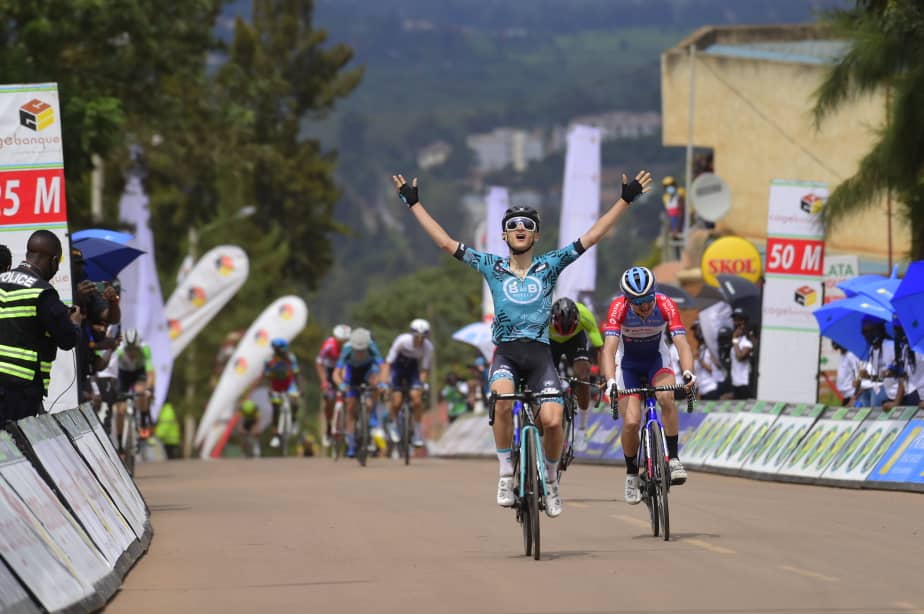 The French rider Alan Boileau (B&B Hotels) celebrated his third partial triumph in the Tour of Rwanda this Thursday, in the fifth stage of the African tour, in which the best for America now anchors in the Colombian Jhonatan Restrepo (Androni Giocattoli), eighth in the partial sentence line and fourth in the individual general.

The tough 149-kilometer route between Nyagatare and Kigali developed with quite a few steep slopes, which was felt by several leaders of the race until then, such as the South American Brayan Sánchez (Team Medellín), who ended up giving the yellow jersey to Metkel from Eritrea. Eyob (Terengganu Cycling Team), third on the stage behind Boileau and his compatriot Alexis Vuillermoz (Team Total Direct Energie)

The best news for Colombia was signed by Restrepo with eighth place at the finish line and became fourth overall, four seconds behind leader Eyob, while Brayan and Carlos Quintero (Terengganu Cycling Team) are still in the fight, as they march ninth and tenth of the most important classification just 20 seconds from the throne.

The competition begins its final stretch in the absence of three stages, which include two days with an uphill finish and a time trial that could move the general classification even more before the auction. Colombians have serious options to go for the title in this 13th edition of the 2021 Tour of Rwanda, so a good cycling show is still expected.

Two first-class mountain passes in the first part of the route and an out-of-category high end in Mont Kigali (5.7 km at 6.7%), presents this Friday the sixth fraction of the African round that starts from Kigali and will cover 152 kilometers of distance.