Bouwman wins stage 19 of the Giro; Carapaz arrives eighth and maintains the lead 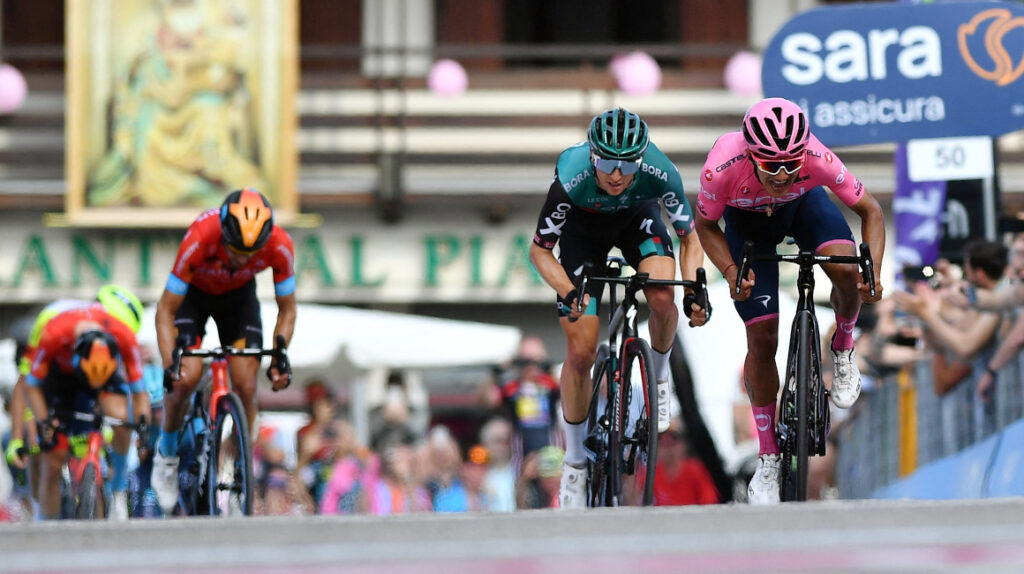 The Dutchman Koen Bouwman (Jumbo-Visma) took the victory in stage 19 of the Giro d’Italia, after four hours, 32 minutes and 55 seconds, a day in which the Ecuadorian Richard Carapaz finished eighth and kept the pink jersey for the sixth day consecutive.

Koen Bouwman got into the break from the first kilometers and prevailed over Mauro Schmid (Quick-Step) and Alessandro Tonelli (Bardani), who finished second and third, respectively.

Bouwman achieved his second victory in this edition of the Giro and was proclaimed virtual mountain champion. He only needs to complete the journey until Sunday to dress in the shirt of that section.

On his part, Richard Carapaz was very solid and controlled his pursuers, Jai Hindley and Mikel Landa, well. The Ecuadorian finished eighth, 3:56 behind the stage winner, but remains the leader in the general classification.

Carapaz, Hindley and Landa staged an intense finale on the ascent. The “Locomotive” attempted an attack, but did not gain much advantage. In any case, the Ecuadorian was solid and put up a fight.

The three favorites to take the title tried attacks to make a difference. It was a day of many emotions and that leaves the Giro totally open for the last two stages.

The segment began with multiple attacks and several runners opened a gap to impose the pace. Thus a breakaway of 12 runners was formed.

The penultimate day of the Giro d’Italia will be run this Saturday, May 28, from Belluno to Marmolada, with a distance of 168 kilometers. This will be the queen stage of the 105th edition of the competition, with three first-class mountain passes and an intermediate sprint.