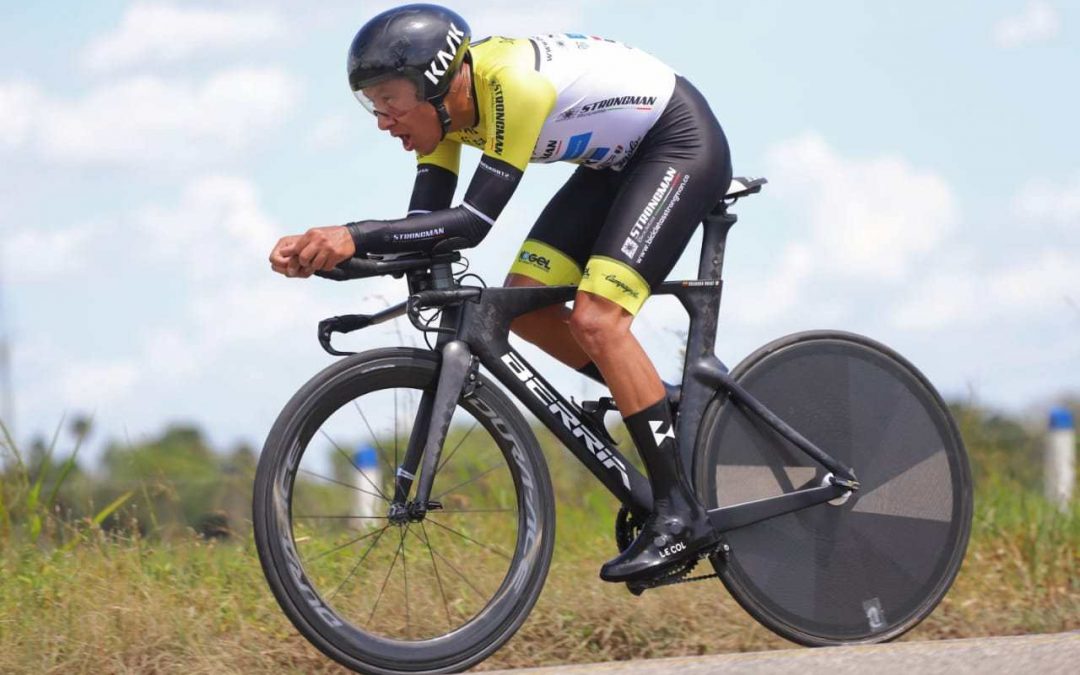 The Bogota runner Brandon Rojas (Strongman) won the third stage of the 2020 Vuelta del Porvenir, being the fastest in the individual time trial that was run in the municipality of Aguazul, in the department of Casanare, in which his partner Johan Ramírez kept the lead.

A demanding test against the clock of 17.1 kilometers was played this Thursday in Casanareño territory, but the Bogota-born Brandon Rojas made it look very easy by registering a spectacular time of 21 minutes and 11 seconds, imposing himself as the fastest of the fraction, ahead of the current champion Jeferson Ruiz (Boyacá Avanza), who he beat by 47 seconds, and his teammate Brayan Vargas, who finished third 51 seconds behind the winner.

“I was very prepared for this time trial, I knew what it was like, last year I had finished second, I knew there was a lot of wind and I knew that you could win on the outward journey because on the way back it was windy. I improved 40 seconds to what I did last year, this time I did it without pressure and it went very well for me ”, Brandon explained.

The Antioqueño Johan Alejandro Ramírez (Strongman) was located in the tenth position of the stage, 1 minute and 21 seconds behind the winner Rojas, enough time to keep the leader’s Orange shirt in his possession and be only one day away from getting the title of the career.

In the general classification, which had no significant changes, Óscar Garzón (Cycling Capital) continues to occupy the second position, just 7 seconds behind the leader; while Brayan Molano (Boyacá Avanza) rose to third position at 1:02 behind Ramírez.

«It was a time trial with a lot of crosswind and I had never run a time of so many kilometers, I was satisfied with the difference I made, I cannot trust myself because there are very good cyclists, I come confident of the work I have done and I hope to defend the leadership tomorrow “Said leader Johan.

This Friday the fourth and last stage of the 36th edition of the Vuelta del Porvenir will be held, a race that takes place simultaneously with the Women’s Tour. The peloton will travel an 80-kilometer circuit in the capital of Casanare, Yopal, where it is expected to see the last battle for the title of the race.