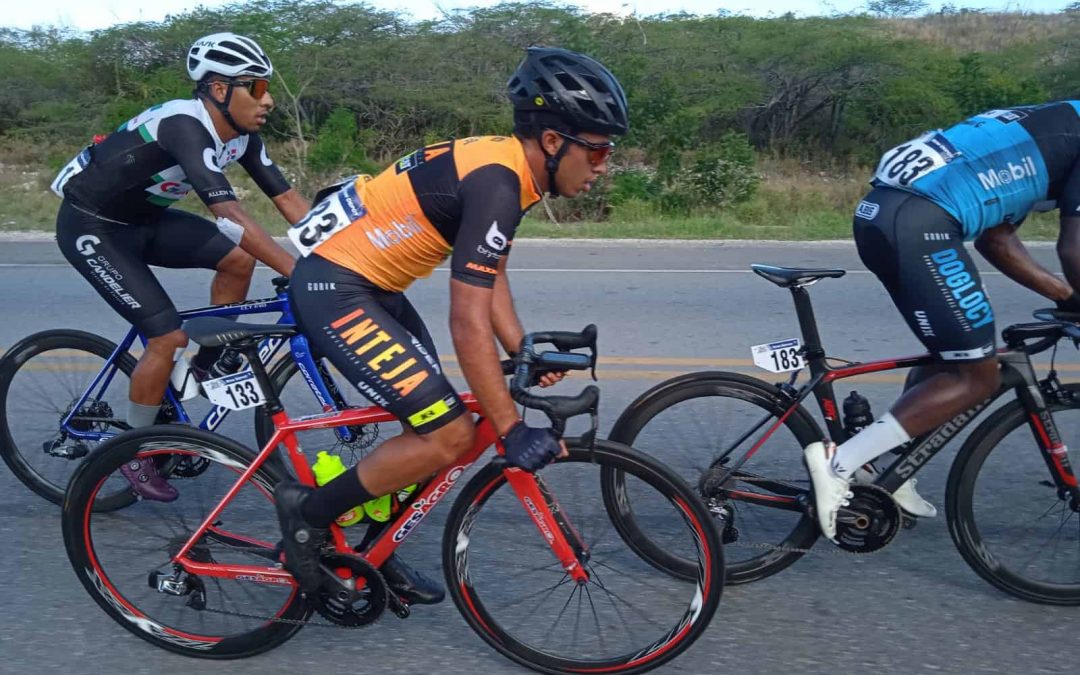 The Colombian rider Brayan Gómez won the sprint in the second stage run this Tuesday, while the American Cole Davis took over the yellow jersey of the leader of the XLIII Vuelta Ciclista Independencia Nacional.

Gómez (Best Buddies Racing) traveled the 179 kilometers of the section between the city of Barahona and Mirador Sur Avenue in this Capital in four hours, 24 minutes and 17 seconds, with an average of 40.64 kilometers per hour.

With his second place, the North American Cole Davis (VFT) went on to lead the individual general classification with eight hours, 30 minutes and 28 seconds. Davis is escorted in that box by Brayan Gómez and Camilo Torres, who are six and nine seconds apart.

The Venezuelan César Sanabria (Fina Rice), Rubén Acosta and Alcides Espinel, both from Herrera Sport, are 10 seconds away from first place.

The rookie Anuar David Castillo (Team Gespron Evolution) is first in the division for runners under 23 years old, with 8:30:38 hours, followed by Brayan Virguez (ASODOCY-NY), same time, and the Venezuelan Yohandri Rubio (Arroz Fine), with 8:31:15.

Cole Davis is the leader of the regularity with 36 points, followed by Brayan Gómez, 35, and Camilo Torres, 28.

Honduran Fredd Matute (Herrera Sport) made a lot of effort in the southern section to be able to lead the lines of mountains and flying goals.

In the steep sections, Matute, with 10 points, is followed by Junior Marte, also with 10 units, and the American John Borstelmann (Voler Factory Team), winner of the first stage, with eight units.

In the intermediate goals, Matute, with nine points, is followed by Luis Gómez, 5, and Junior Marte, 4.

The team classification is shared by the North American squad Gespron Evolution and the Venezuelan Arroz Fina, both with 25:31:54 hours. Herrera Sport-Sportswear is third at a difference of one minute and 56 seconds.

The 43rd edition of the Vuelta Independencia continues this Wednesday (9:00 A.M.) with the third stage (Santo Domingo-San Pedro de Macorís-Santo Domingo), with an approximate distance of 156 kilometers.

The polychrome platoon will depart from the main headquarters of the Banco de Reservas (Banreservas) on Winston Churchill Avenue and will end the day in the surroundings of the Columbus Lighthouse (Parque del Este).