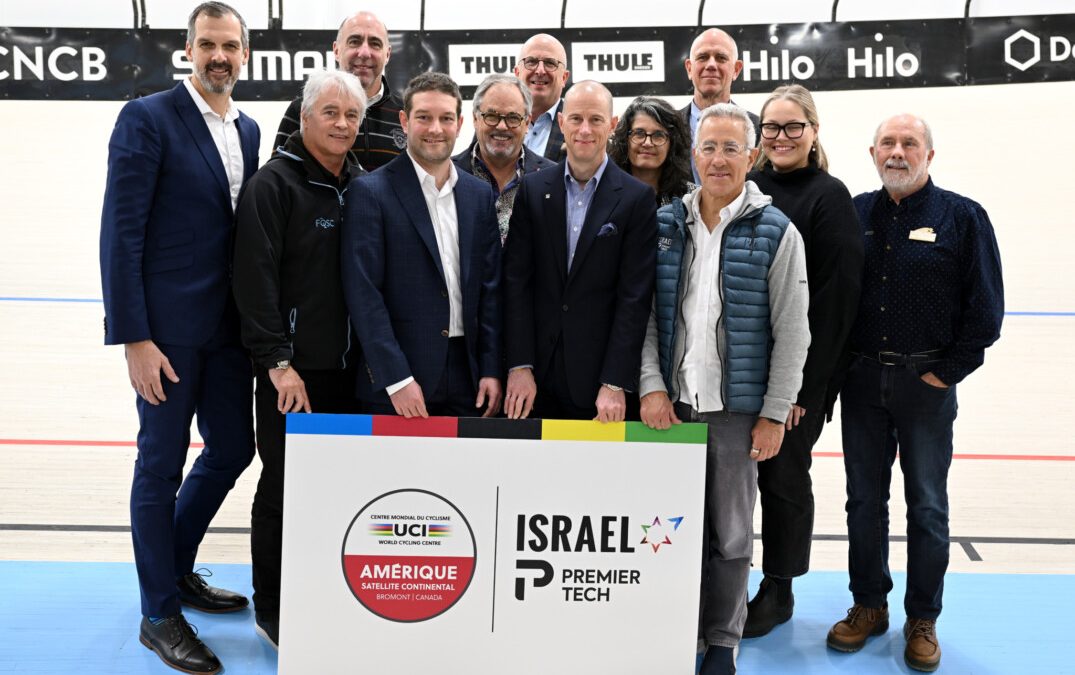 The Bromont National Cycling Center (CNCB), with the addition of the Sylvan Adams Velodrome and the Desjardin Sports Center was officially recognized this Wednesday as a Continental Development Satellite of the UCI World Cycling Center (WCC) in North America, which will carry the name of UCI Israel Continental Satellite.

As the main partners of the project announced at a press conference, the center will be characterized by having state-of-the-art equipment, where the cycling talents with the most projections in that North American area will go.

Present at the inauguration were the main partners of the project, the representative of Ms. Pascale St-Onge, MNA of Brome-Missisquoi, Minister of Sports and Minister responsible for the Canadian Economic Development Agency for the Quebec Regions, the representative Ms. Isabelle Charest, MNA of Brome-Missisquoi Minister responsible for Sports, Recreation and Outdoor Activities and Bromont Mayor Louis Villeneuve.

Since its opening in 1997, the CNCB has positioned itself as a privileged place for training and has distinguished itself by hosting training camps and practices for athletes of all levels. Sylvan Adams Velodrome and the Desjardins Sports Center will allow it to expand its offer and welcome even more passionate professionals.

“The UCI World Cycling Center satellites are essential elements of our mission to develop cycling and cyclists in all regions of the world. They carry out important work in the identification, training and preparation of athletes who wish to exercise their sport at the highest level, as well as in the training of those who wish to work in areas related to cycling”, said Jacques Landry, director of the World Center for UCI cycling.

With its world-class facilities and staff, the CNCB, as the UCI’s CMC Continental Development Satellite, will be a valuable addition to the ever-expanding network.

“We look forward to working closely with their coaches, educational tutors and administrative staff to help athletes in the area reach their full potential and develop a career in cycling,” Landry concluded.

This is a great announcement, said Nicolás Legault, General Manager of CNCB, whose main mission is to develop cycling athletes from initiation to the elite level. “We are committed to our community, but also within the international cycling community, we strongly believe that we act as a leader in our industry. Becoming the hub of cycling in North America is a vision we have long cherished.

“After all these years of honing our know-how, we have achieved this goal by becoming the UCI WCC Continental Satellite in North America. Joining forces with the UCI and its World Cycling Center will allow us to promote cycling sports to a whole new level and thus develop sports professionals from all over the world!” Legault said.