Bromont, the second Canadian indoor velodrome, at a good pace 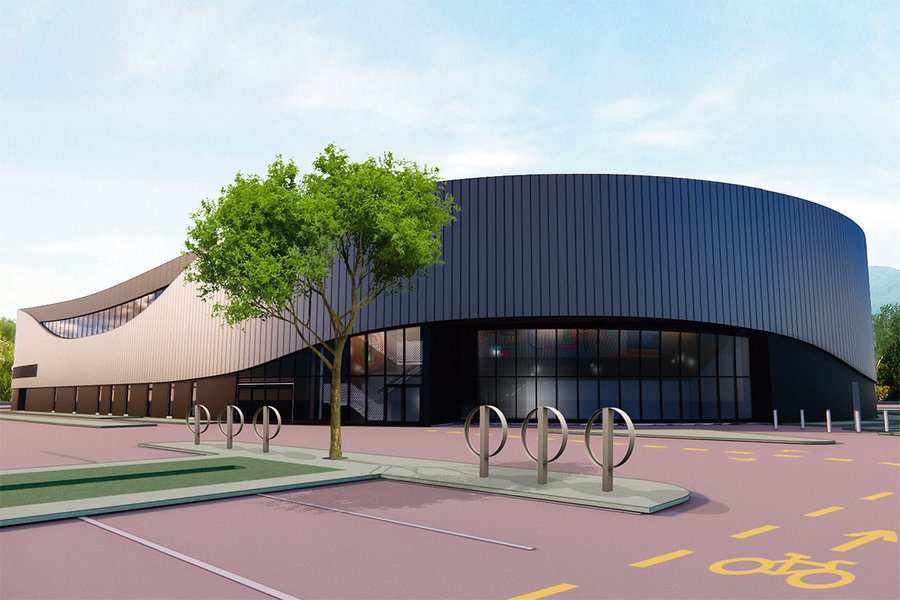 Although Milton will continue to be the benchmark for Canadian track cycling, at least internationally – it will host a Nations Cup heat again in 2023 and has an option in 2024 – in a few months the Mattamy National Center will no longer be the Canada’s only indoor velodrome.

The construction of the Sylvan Adams Velodrome – Desjardins Sports Center is progressing as planned and, as can be seen in the image, the facility is now completely closed and work is underway on the structure of the 250-meter track. A facility that will offer athletics and BMX areas in the pelousse, and an adjoining gym and training room, and that will be operational in the fall.

The construction of the Bromont Velodrome is really moving forward. The track will be the only indoor facility in Quebec, and promises to be a fantastic center for training and racing, much like the Mattamy National Cycling Center has become. According to a report by Voix de l’Est, the intellectual author of the project, Nicolas Legault, is very pleased to see the daily progress.

Every day since the start of work in March, one piece of the puzzle intertwines with the previous one. “The first few months were unreal,” said the director general of the Center national de cyclisme de Bromont. “When a new step is taken, we see how we can evolve in the building. Everyone who walks in here has the same reaction. They say he’s completely crazy. We work hard. We believed in it. Now it is pure and concrete happiness”.

The velodrome is located in Bromont, a Quebec town of about 8,000 inhabitants located about 85 kilometers east of Montreal, and is named after Sylvan Adams, the Israeli-Canadian billionaire who has donated $2 million to the project. He is the same architect of the start of the Giro d’Italia from Jerusalem in 2018, co-owner of the Israel Start-Up Nation team and patron of the Tel Aviv velodrome that will host the Junior World Cup this summer, and which also bears his name.