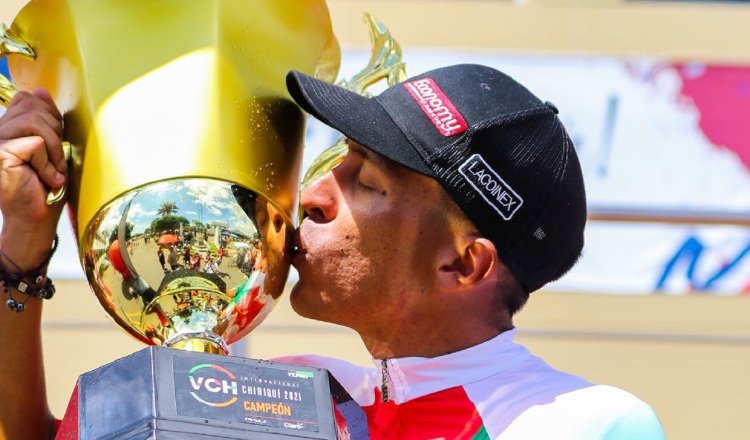 Costa Rica made itself felt in the International Tour of Chiriquí that ended this Sunday, with the triumph in the individual general and in the mountain of Bryan Salas, while his team the Asfaltos CBZ-7C-Economy-Lacoinex dominated the collective section, and Gabriel Rojas did it among those under 23 years of age.

After three years of Panamanian domination, and in a relatively quiet day, the Costa Rican riders took care of their leader and in the end they celebrated the title of Bryan Salas, which places him as the tenth Tico to climb to the top of the podium in Chiriquí.

Salas timed a total of 10:11:18 to wear the last yellow jersey, followed by his teammate Rodolfo Villalobos who finished at 1:01 minutes, while Panamanian Cristopher Jurado finished third at 2:09.

Salas thanked the invitation to this event, which has an important level in the region. “Undoubtedly, we are very grateful for the invitation of the Panamanian Cycling Federation and its sponsors who make these great international events a reality and maintain this high level,” said Salas.

In the team general classification, the squad led by Carlos Chaverri climbed to the top of the podium, while in the sub 23 two Costa Ricans managed to be among the first three, Gabriel Rojas from Asfaltos CBZ secured the position of honor, while Joseph Ramírez del Zebol-Elky Maria was third.

Finally, in the overall points, another Costa Rican Jason Huertas from Colono-Bikestation was second, surpassed only by host Franklin Archibold.

The last stage, held yesterday, was won by Nestor Wheels with a time of 2 hours, 06 minutes and 50 seconds, beating Panamanian Jorge Castelblanco and also Panamanian Franklin Archibold, who entered the finish line with the same time.