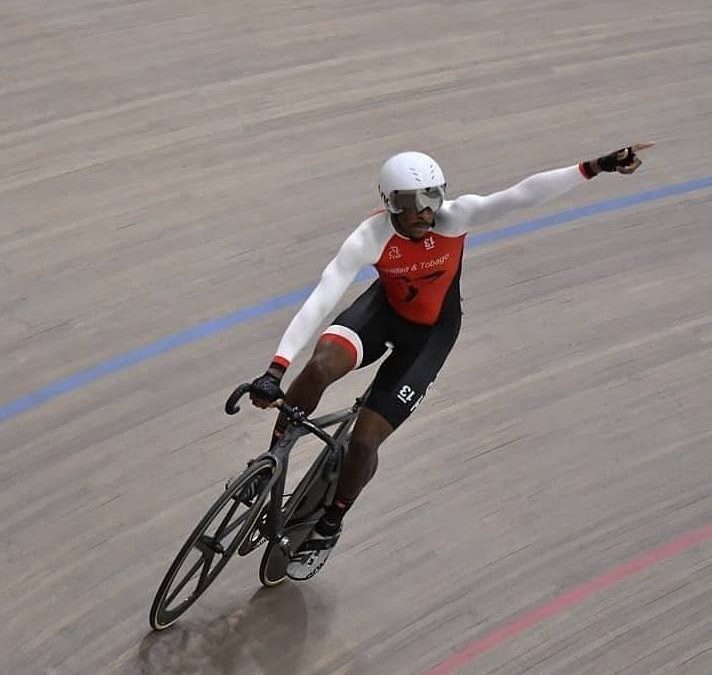 Akil Campbell captured four gold medals on the opening night of the Easter International Cycling Grand Prix at the Arima Velodrome on Friday.

The PSL cyclist opened his account by topping the field ahead of Tariq Woods (Evolution Cycling) and Jymes Bridges (Team DPS) respectively in the elite seven-lap event.

The endurance cyclist capped off a spectacular night of racing when he was victorious in the final event – Elite one, two and invitational 20-laps. Alexander again held on to second place with Bridges snagging bronze this time, followed by Vincente Sanabria (The Braves).

She was then best in the open (elite, juniors and invitational) ahead of Tachana Dalger (PSL) and Adrianna Seyjagat (AWCC), with Cheyenne Awai (Madonna Wheelers) in fourth.

She also won the feature women’s event – open for elite, junior and invitational cyclists – ahead of Dalger, Seyjagat and Awai respectively.

Palmer placed first in the women elite and juniors 500m finals and the elite women eight laps. In the former, she defeated silver medallist Sandy and bronze receiver Dalger and then Seyjagat and Dalger in the latter.