Canada made itself felt in the Tour de France with Hugo Houle; Nairo Quintana is fourth now 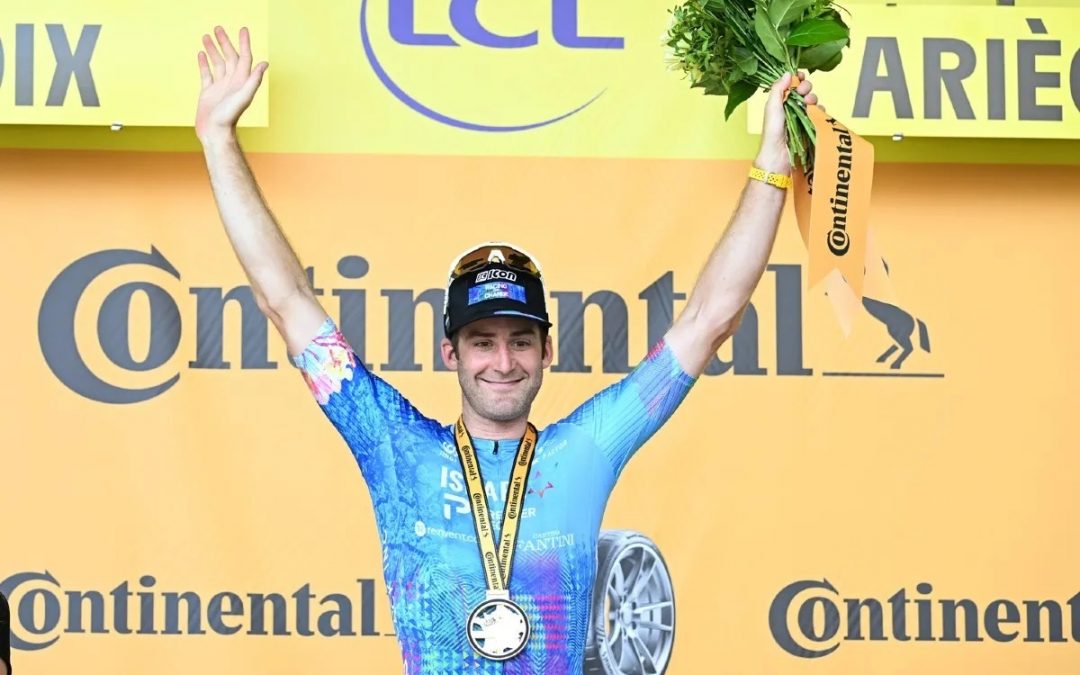 With a great performance, the Canadian Hugo Houle (Israel – Premier Tech) took victory in the sixteenth stage of the 2022 Tour de France, on a 178.6-kilometre route between Carcassonne and Foix; in which América also climbed the rung in the individual general classification, with Colombian Nairo Quintana advancing to fourth place.

The Dane Jonas Vingegaard (Jumbo-Visma) resisted the attacks of Tadej Pogacar and remained the leader of the general classification, five days from the end; while the Canadian marked an exhibition and managed to arrive outstandingly at the finish line, with a comfortable advantage.

In this way, the Israel-Premier Tech club obtained its second victory of the French round and, in addition, his teammate Michael Woods completed the 1-3. Frenchman Valentin Madouas (Groupama – FDJ) finished in second position.

The illusion is to be on the podium again”: Nairo Quintana

Great Nairoman! The leader of the Arkéa Samsic, Nairo Quintana, was brilliant in the first Pyrenean stage of the 2022 Tour de France. The climber from Boyacá arrived with the great favorites, moving up two positions to reach 4th place in the general classification.

The beetle was one of the great beneficiaries of the beginning of the third week. The experienced 32-year-old Colombian runner maintains his illusion of getting on the podium. Quintana is 1’32” from third place, which is held by the Welshman Geraint Thomas (Ineos Grenadiers).

Quintana, who showed a very good level on the first day of the Pyrenees, hopes to continue in the two remaining mountainous stages. “Today I had good legs, I hope I can keep that up for the rest of the days on the mountain. The illusion is to be on the podium again”, said the boyacense.

Likewise, the Colombian had time to praise his squad. “We are also in the big ones, in the important ones. We have been good in Nice, Catalunya and the other races. We are a competitive team, we deserve to be on the World Tour and we are going to get there. It is a young team, which is growing, which is learning. We don’t compare ourselves to Ineos or Jumbo-Visma, who have very experienced men. On my part I try to share my experience with the youngest and we are doing quite well”, concluded Quintana.

This Wednesday, July 20, the second Pyrenean section will take place, stage 17 of the French round with a short 129.7-kilometre route between Saint-Gaudens and Peyragudes with a mountain prize finish outside of the category.