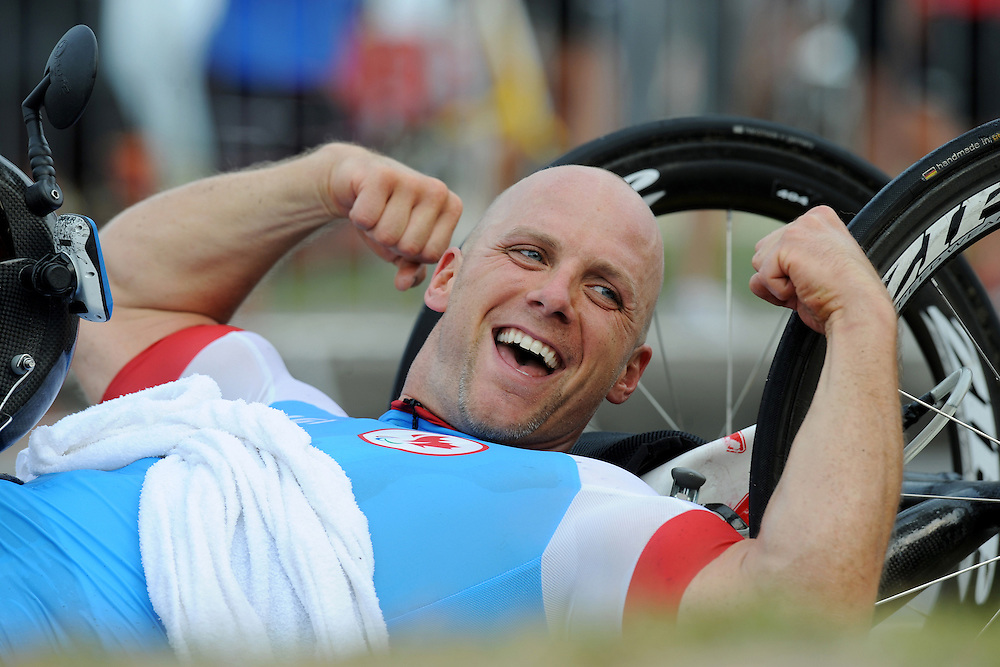 “I’m really happy with the race,” Clement told the Canadian Paralympic Committee. “There’s still a lot of things I need to learn as an athlete and cyclist, but overall way ahead from where I expected to be in this sport at this time.”

Other notable finishes include Marie-Claude Molnar, who earlier this year recently announced she would be stepping away from racing. As she entered her last World Championships, she looked towards another podium finish to wrap up her career but came short in the women’s Time Trial to finish fifth.

“I can’t say that I’ll do better next time, because there won’t be a next time,” Molnar told Sportcom. “I wanted to feel like I gave it my all and I can tick that box. I had a good speed, an efficient technique, I was breathing well. Everything went according to plan.”

Matthew Kinnie also had a strong showing finished 4th in the Men’s H2 category, while Kara Douville finished in 6th place in the Women’s H3 category. Competition continues Saturday and Sunday with the road race events