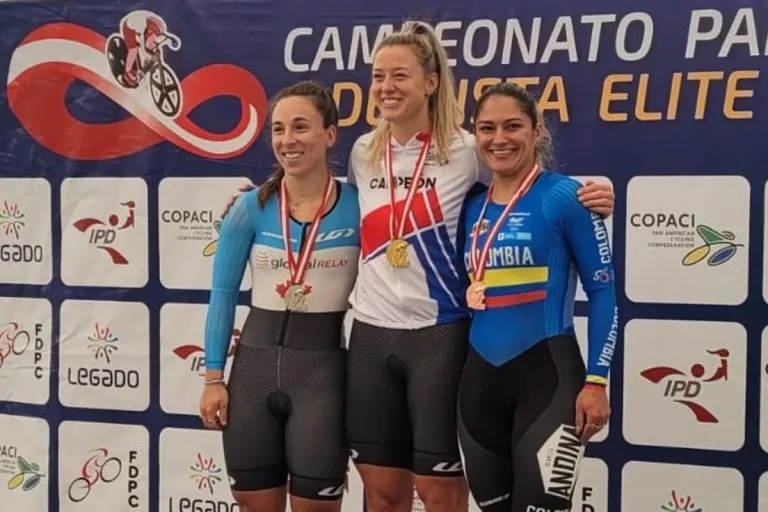 The last day of the Pan American Track Championships in Lima, Peru, reserved two more golds for Canada, a delegation that reached 13 titles and became the owner of the event, followed by Trinidad and Tobago (4), Colombia (2), Barbados (2) and Brazil (1), the only countries that could climb to the top of the podium.

The northerners had in the Olympic champion Kelsey Mitchell her first Sunday gold after prevailing in keirin, escorted by her partner Lauriane Genest and Colombian Juliana Gaviria. “I feel very happy with this performance in Lima. It has been a great competition and we have come to demonstrate the good moment that our cycling is experiencing, ”Mitchell told the media.

The other Canadian title was provided by the pair of Dylan Bibic and Michael Foley, leader in the Madison test with 69 points, ahead of the Colombian pair Juan Esteban Arango-Jordan Parra (52 units) and the Mexican pair Fernando Nava-Ricardo Peña (24).

The only crowns that did not remain in the hands of the northerners were the kilometer time trial for men and the points race for women. In the case of the first test, the Colombian Santiago Ramírez dominated with a time of 1:00.756 minutes; while the silver went to his partner Cristian David Ortega (1:01.015) and the bronze went to the Canadian James Hedgcock (1:01.596).

Trinidadian Teniel Campbell finally reached her first gold in the Pan American competition, with an important and defining demonstration of her quality in the points race. The Caribbean woman added 30 points, 20 of them for taking a lap from the rest of the peloton; enough to leave the Barbadian Amber Joseph (27) and the Canadian Sarah Van Dam (17) in second and third place, the latter the main attraction of the event due to her accumulation of podiums (4-0-1).

In total, ten of the 19 countries obtained medals in this Pan American Track Championship. Of the ponderable, in addition to the high level presented by Canada, there are the performances of Trinidad and Tobago and Barbados, two Caribbean nations with already world-class runners.