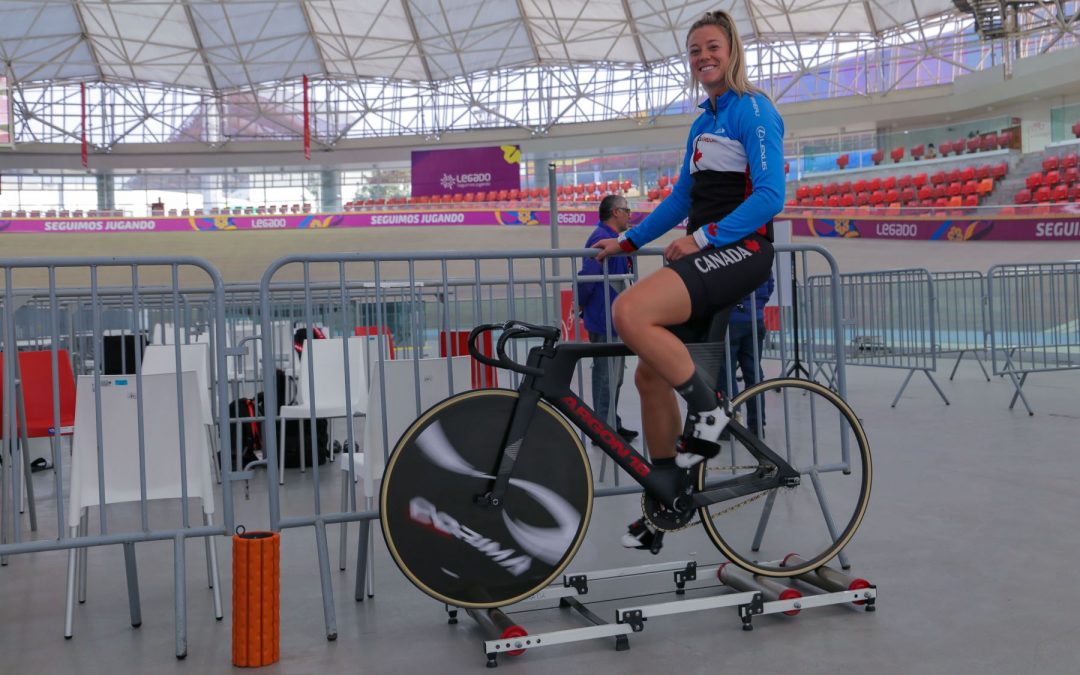 Canadian Olympic cyclist Kelsey Mitchell leads her country’s delegation to the Pan American Track Cycling Championship, which will take place at the modern velodrome of the Legado Videna venue, in Lima, Peru, where she has already completed her first training sessions.

The event, which will be held from August 10 to 14, will bring together 200 athletes, including men and women, from 19 countries. They will compete in the eleven track events at the imposing Legado velodrome, unique in the country and recognized on the continent as it is approved by the International Cycling Union (UCI).

“We love coming to Latin America and competing with different countries that we don’t usually face. It will be great because Canada has come with a strong team, looking to win the most medals and thus add points in the ranking”, said Kelsey Mitchell.

After winning the gold medal at the 2020 Tokyo Olympics, the 28-year-old cyclist will seek to ratify the good sporting moment she is experiencing and, as she said, she is convinced of conquering Lima again, three years after climbing to the top. of the podium during the last Pan American Games.

“I love this velodrome, I have very good memories here of the Lima 2019 Pan American Games. I am very excited to be back and go out on the track to race. This velodrome is incredible, the enclosure too,” she added.

The executive director of Legado, Federico Tong Hurtado, said he was proud that Peru attracts this type of international tournament. “Our country will always have its doors open to welcome the sports delegations that come to compete in an atmosphere of brotherhood and great discipline. With these activities, Peru is positioning itself as a point of reference in sports worldwide.”

Undoubtedly, the international event will be special for Kelsey Mitchell because she will once again measure her skill against the cyclists with the best position in the world ranking, such as the Colombian Martha Bayona, champion in the Valledupar 2022 Bolivarian Games; Trinidadian Nicholas Paul, gold at the 2022 Commonwealth Games; among others.

The delegations from Canada and the United States arrive in Peru for the first time with their complete teams, which raises the level of the event organized by the Peruvian Cycling Federation.

The different delegations will stay at the Atlético Stadium hostel, located at the Videna Legacy headquarters, guaranteeing the sanitary bubble and the comfort of the cyclists to move with their equipment on each day of competition.

Canada was the first delegation to settle in the Legacy hostel and then the United States joined, with a group of 11 cyclists, led by strategist Erin Hartwell, who was an Olympic medalist in Barcelona 1992 and Atlanta 1996.

Legado offers athletes a first class infrastructure, both for competitions and training, as well as in the lodging service. The Videna velodrome is one of the most modern on the continent; It was remodeled for the Lima 2019 Pan American and Parapan American Games and has a seating capacity for 1,516 attendees.