Carapaz achieved a historic second place in the Giro d’Italia 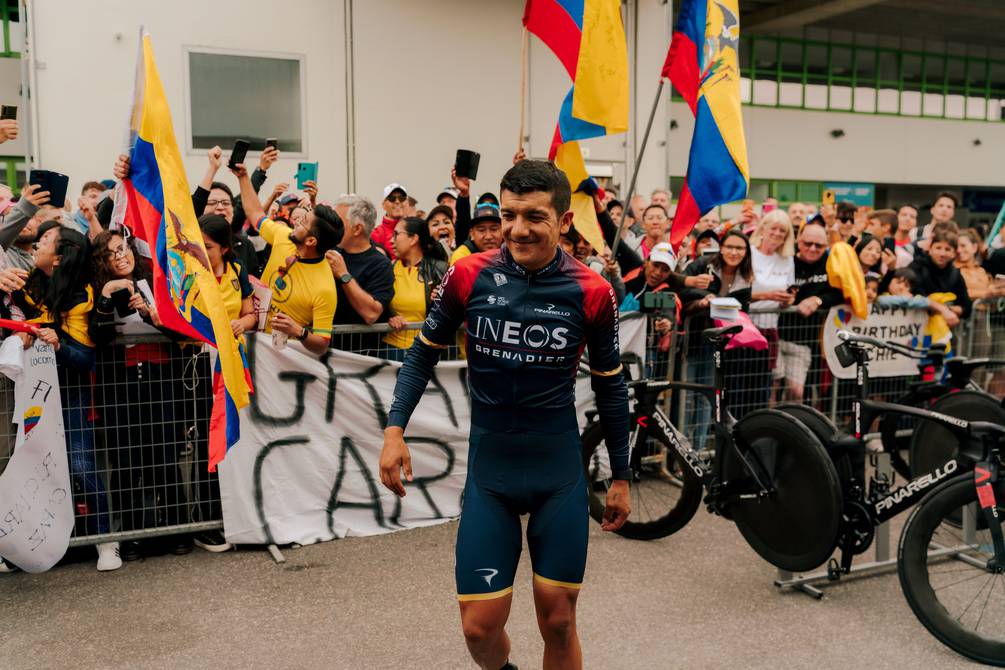 Carchense Richard Carapaz once again made history for Ecuadorian sport by placing second in the Giro d’Italia, this Sunday, May 29, 2022, on the precise day of his birthday.

On the last day, an individual time trial of 17.4 km was held in Verona. ‘Richie’ left at 09:45 and clocked 23:49 minutes on that route. With that, he secured second place in the race.

Jai Hindley, winner of the Giro, timed 23:56, seven seconds behind Carapaz in this stage. The Giro d’Italia podium was as follows: Hindley, Carapaz and the Spanish Mikel Landa third.

In this stage 21, Carapaz was the penultimate man to start. Three minutes later it was the race leader, Australian Jai Hindley. At the halfway point, ‘Richie’ clocked 15:20 while Hindley clocked 15:21.

It was a good time trial for the Ecuadorian, but he was not enough to displace his rival from first place. All in all, the man from Carchen secured a historic second place in the Giro.

The ‘Locomotive of Carchi’ was 1:18 minutes behind the Australian Hindley, who took over the pink ‘maglia’ on stage 20 and defended it on this last day.

The winner of the stage was Matteo Sobrero with 22:24 minutes. Richard Carapaz was placed tenth at 1:24 minutes; Jai Hindley was placed in 15th place at 1:31 minutes and Mikel Landa achieved 76th place at 3:04 minutes.

The 105th edition of the Giro d’Italia came to an end on May 29, 2022, precisely on the 29th birthday of Ecuadorian Richard Carapaz.

‘Richie’, who is looking for his place on the Giro podium, was born in El Carmelo (Carchi province) on May 29, 1993. The already legendary Ecuadorian cyclist started the race at the age of 28, but turns 29 in this last day.