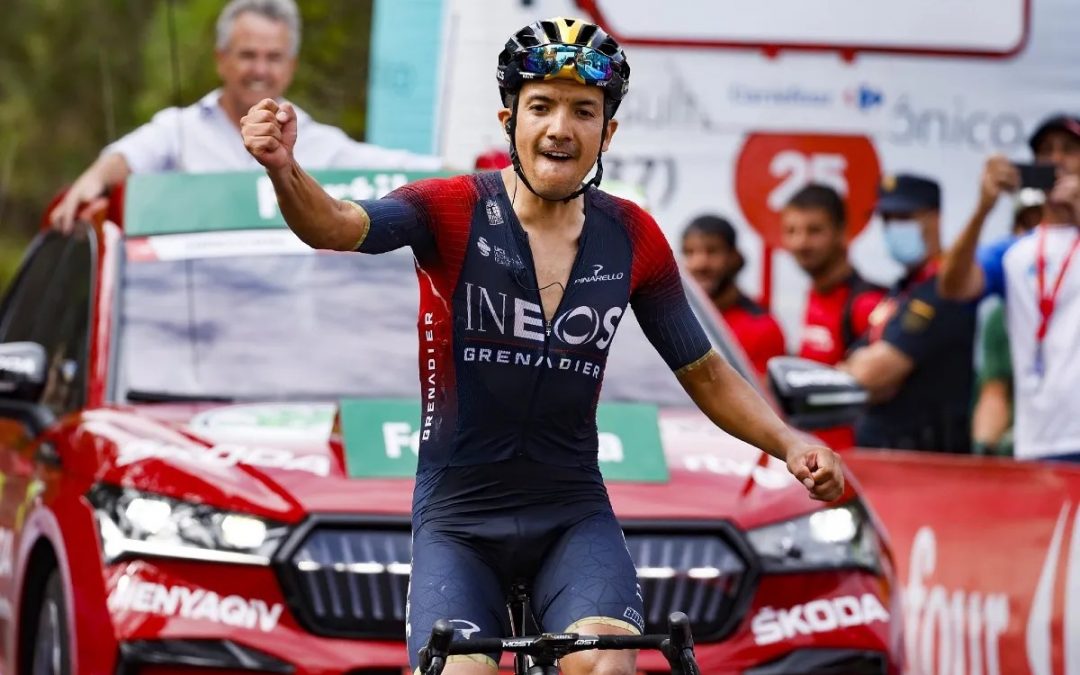 In a mountainous day full of emotion, the Ecuadorian cyclist Richard Carapaz (Ineos Grenadiers) won stage 12 of the Vuelta a España 2022, arriving in Peñas Blancas and a time of four hours, 38 minutes and 26 seconds, to become the first Latino rider who climbs to the top of the podium in this edition of the prestigious event.

The Tokyo 2020 Olympic champion was part of a large escape and was the best attacker on the long final climb, while returning to a podium in a major international cycling competition and raising the flag of Ecuador in the elite of this sport.

In the last meters, Carapaz attacked to become the first to cross the finish line in stage 12 and later celebrated the effort and the fact that, despite the fact that days before he had to face adverse moments in terms of health and problems in the route.

“I waited until the last moment, I knew I had only one move and I made the most of it,” Carapaz said. “In the end we already had a real mountain and it was more difficult, a couple of things were complicated, but above all I focused on trying to win a stage”, he added.

In the general classification of the Vuelta a España, Richard Carapaz is on step 16, 11 minutes and 37 seconds behind the leader of the competition Remco Evenepoel.

With a first-class pass and an uphill finish, the mountainous stage had another South American role, as in addition to Carapaz’s victory, Colombian Miguel Ángel “Supermán” López came in behind the favorites in box 19.

Among the best placed in the individual general classification, Remco Evenepoel took the reins in the final stretch. The leader of the Quick-Step Alpha Vinyl ranks accelerated in the final meters and crossed the finish line 7’39” behind the winner, with Enric Mas, Primoz Roglic and Juan Ayuso at his wheel. Miguel Ángel López gave up 6″, while Carlos Rodríguez lost 11″.

At the start of the second longest day of the Spanish round, Covid-19 was once again the news after the forced retirements of the Dutch Boy van Poppel (Intermarché – Wanty – Gobert Matériaux) and the Colombian Santiago Buitrago (Bahrain-Victorious) , who did not take the exit.

This Friday, September 2, stage 13 of the Iberian round will be held, on a 158.4-kilometre route between Ronda and Montillam, where the mountains will once again be present for the second consecutive day.