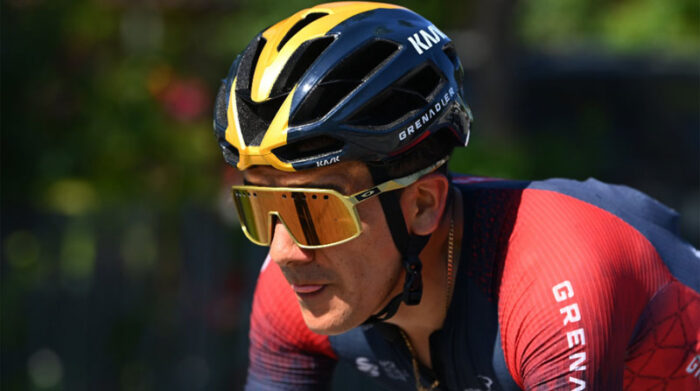 The Ecuadorian cyclist Richard Carapaz took over a three-second bonus, in stage 11 of the Giro d’Italia, with which he rose to second place in the general classification on May 18, 2022, behind the leader of the race, the Spanish Juan Pedro Lopez.

At the beginning of this day, Carchense was in fourth place, 15 seconds behind the leader. However, by crossing first in the intermediate sprint (a bonus section) Carapaz took three seconds in his favor and with that he overtook Frenchman Romain Bardet in the classification, who was third 14 seconds behind López.

Now, Bardet is fourth overall and then Carapaz and the Portuguese Joao Almeida are tied at 12 seconds. Thus, ‘Richie’ rose two places in the Giro. In this segment the sprinters stood out, that is, the most powerful and fastest cyclists who put on the show in the final kilometers.

Carapaz and the Ecuadorians in the Giro

The winner of the stage was the Italian Alberto Dainese of Team DSM with 4:19:04 hours, while in second place was the Colombian Fernando Gaviria (UAE Emirates), who for the second time in the Giro obtained a podium.

In this stage, Jhonatan Narvaéz (Ineos) entered in 18th place, with the same time as the winner. The ‘Locomotive of Carchi’ entered 23rd. Jonathan Caicedo (EF) entered in 111th place and Alexander Cepeda (Androni) in 123rd. Both were 23 seconds behind the winner.