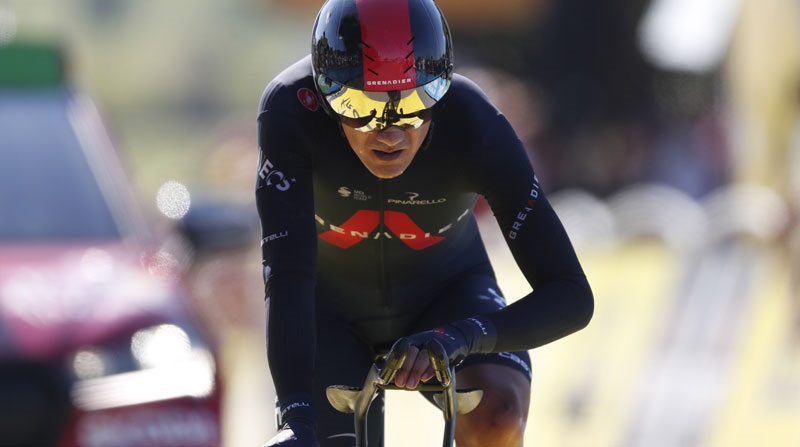 The ‘Locomotora del Carchi’ left at 10:15 in the morning and finished the route with 38:02 minutes, with which it practically secured its third place on the podium, because this Sunday it will only be dedicated to running behind the leader of the general, the Slovenian Tadej Pogacar, and the Danish Jonas Vingegaard, first and second in the individual general.

Richard Carapaz Montenegro’s result is historic. In Paris, after the victory ride, the Ecuadorian will become the twentieth cyclist in history to have achieved a podium in the big three, having previously been champion of the Giro d’Italia in 2019 and also runner-up in the Vuelta to Spain in 2020.

‘Richie’ continues thus adding milestones for the tricolor sport. He has participated seven times in Grand Tours: Tour (2), Giro (2), Vuelta (3). Last year he placed 13th in the Tour de France. Tomorrow, he will be the first Ecuadorian on the famous podium of the Tour.

Next week, ‘Richie’ will represent Ecuador in the road event of the Tokyo Olympics. In that event he will be together with Jhonatan Narváez, his teammate in Team Ineos.

The fastest was Wount Van Aert

The Belgian Wout van Aert (Jumbo Visma) was the fastest this Saturday in the penultimate stage of the Tour de France, which he dominated from the initial kilometers, set a goal time of 35 minutes 53 seconds, to stay with the victory, surpassing by a margin of 21 seconds to Kasper Asgreen (Deceuninck Quick Step) and by 32 seconds to his teammate Jonas Vingegaard (Jumbo Visma) who occupied the third box.

Rigoberto Urán (EF Education Nippo), who maintained his tenth position in the individual general classification, was the Colombian rider with the best position on this day in position 40, 3 minutes 6 seconds behind the winner.

With a journey of 108 kilometers that departs from Chatou, this Sunday the 2021 edition of the Tour de France ends on the Champs Elysées in Paris.