Carapaz dons the yellow jersey in the Tour de Suisse 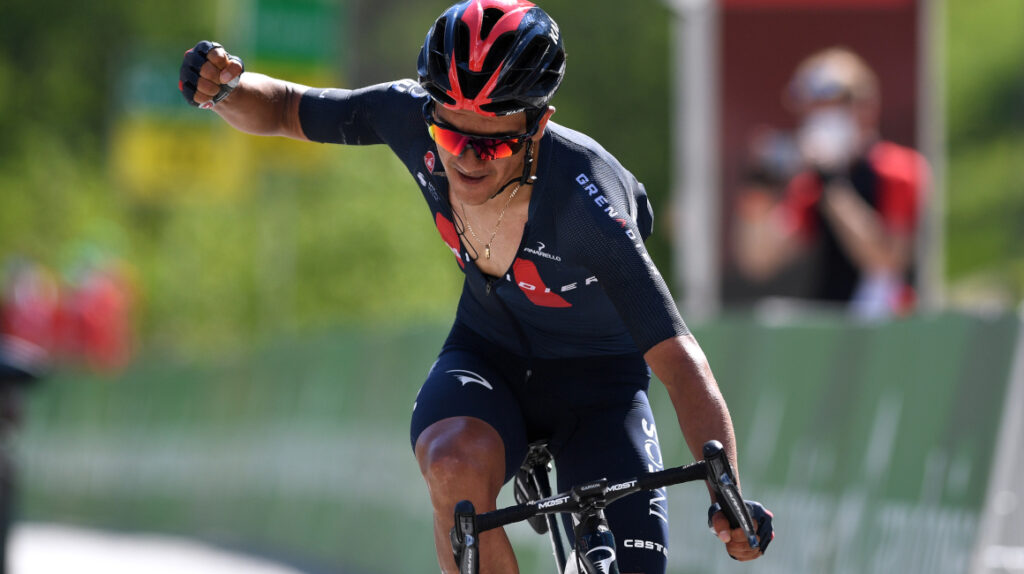 Ecuadorian Richard Carapaz (INEOS-Grenadiers) brought out all his quality and with a very intelligent race and a spectacular finish at the end he triumphed in the fifth stage of the Tour of Switzerland this Thursday, June 10, enough to wear yellow when just there are three competitive days left.

The 175-kilometer journey between Gstaad and the top of Leukerbad, which included four mountain passes, began with a first escape in which the Dutchman Mathieu Van der Poel (Alpecin-Fenix) got into it, which lasted until there were about 30 kilometers to go. to the finish line, at which point he could not keep up with the race pace set by the peloton to speed up the shooting.

Along with Van der Poel, the Spanish Sergio Samitier (Movistar) rolled in that leading group for a long time, who together with the Austrian Hermann Pernsteiner (Bahrain Victorious) kept alive the illusion of the escape until, with 27 kilometers to go, they were reached by the platoon.

It was then that the Colombian Esteban Chaves (BikeExchange) and the Dutch Antwan Tolhoek (Jumbo-Visma) wanted their share of the limelight for a party in which the Danish Jakob Fuglsang (Astana Premier Tech), who showed his confidence to start the solo climb from last port to top-notch Leukerbad, just over five kilometers to go.

Behind, in the group of pursuers, was Richard Carapaz, who, with four kilometers to go, changed his rhythm to surprise the rest of the cyclists and not only caught up with Fuglsang, but less than a hundred meters left him to one side to win to sprint.

The sixth stage will run between Fiesch and Disentis-Sedrun, over a 162 kilometer route with three first-class passes and a new high finish with a nine kilometer ascent.