Carapaz falls, but says goodbye to Dutch soil in eighth place in the Vuelta a España 2022 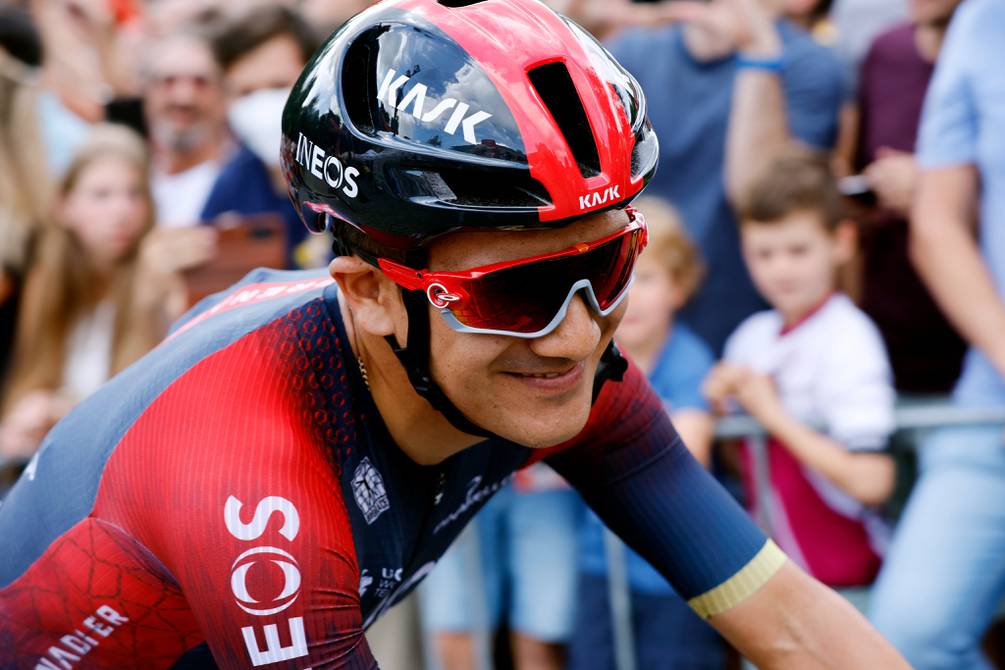 The Ecuadorian Richard Carapaz (Ineos Grenadiers) suffered a mishap with 20 kilometers to go in the third stage, but managed to get back into the peloton and only dropped one place (to eighth) in the general classification, 13 seconds behind the new leader, the Italian Edoardo Affini; in a day where the Irishman Sam Bennett (Bora Hansgrohe) triumphed for the second consecutive day.

The setback had no consequences for the Tokyo 2020 Olympic champion. “It was a slow and dangerous stage,” were his first impressions to the Latin American press.

The member of the British squad INEOS Grenadiers acknowledged that he had “a bit of a scare”, but stressed that “the important thing is that we are fine”. “It was just a scare,” he stressed. The Ecuadorian reassured his supporters by stating that “we continue with the objective.” That yes, he declared that he would already like to be running in Spanish lands.

For his part, Bennet, who repeated his triumph this Sunday and achieved the double as the winner of the third stage of the Spanish round, played over 193.5 km with start and finish in Breda, declared: “It is nice to win again in a big comeback two years later.”

The Irishman was the fastest in a sprint that closed with a time of 4 hours 5 minutes and 53 seconds, at an average of 47.1 km / hour. He outclassed Denmark’s Mads Pedersen (Trek) and Britain’s Daniel McLay (Arkea Samsic). It is Bennett’s fifth victory in the history of the Vueltas a España.

This Monday the Vuelta peloton will enjoy the first day of rest in this edition after three days in the Netherlands. On Tuesday the competition will resume in the Basque Country, with a 152.5 km stage from Vitoria to Laguardia and a stage profile that is beginning to get complicated, with two mountain peaks, the last of which is Puerto de Herrera, of third category and whose summit will be located 14.5 km from the finish line.