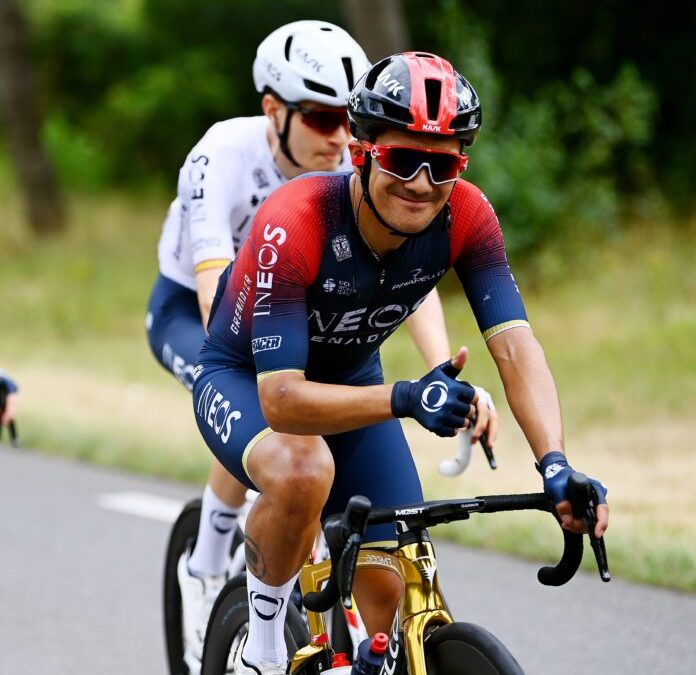 The Irishman Sam Bennett (Bora Hansgrohe) was powerful in a rough sprint and won the second stage of the Vuelta a España held this Saturday between Hertogenbosch and Utrecht, in which the Ecuadorian Richard Carapaz ranked 20th on the day and rose to 7th place in the general classification.

After traveling 175.1 kilometers after a first team time trial stage, the red jersey remained in the Dutch lands and in the Jumbo Visma team, since Robert Gesik gave the garment to Mike Teunissen.

A chaotic arrival in which Alejandro Valverde fell 700 meters from the finish line, without seriousness for the Murcian cyclist, who lamented his fate when he was caught by the “hostión”, as he commented hotly. While some looked at their wounds, the Irish Bennett raised his arms as a winner.

The Bora sprinter was leaked in the lead and in a tight arrival he imposed his power with a time of 3h.49.34, at an average of 45.8 km/h, ahead of the Danish Mads Pedersen (Trek) and the Belgian Tim Merlier ( Alpecin Deceuninck).

Fourth place went to the new leader, the Dutchman from the Jumbo Visma Mike Teunissen, a rider who was the leader in the 2019 Tour after winning the first stage in Brussels. Gesink passed the baton to a colleague and a compatriot. Relief for the team. He is followed in the general by the Italian Edoardo Affini and the Dutchman Sam Oomen. With Roglic as the real leader in fourth place, the Ecuadorian Richard Carapaz is seventh, only 13 seconds away, and Carlos Rodríguez, the first Spaniard, ninth, with the same time.

Valverde on the ground

The decoration changed as the goal located in the University City of Utrecht approached. It was already shooting at 50 per hour and the teams were looking for their strategy to launch their candidate into the sprint.

The Ineos came to the fore to avoid what causes panic in runners: falls. The men of Carapaz and Carlos Rodríguez tensed up the pace, lengthening the shape of the peloton, where the men of the UAE, BikeExchange and Alpecin were looking for the best position for when the pack was untied for victory.

UAE sent Marc Soler ahead to place Ackerman, at which point the lack of control set in, already within the safety zone of 3 km before the finish line. There were nerves, doubts and maneuvers that ended in an accident.

700 meters from the line there was a montonera11. Valverde caught. «They have fallen in front and I have not been able to avoid it, it has not been a calm day, as the host shows. I think it’s nothing,” reassured “Bala.”

Some to the ground, others for the victory. Sam Bennett fished in a rough river. The Wervik cyclist extended his record, which already includes 4 stages in the Vuelta, in addition to 3 in the Giro and 2 in the Tour de France, in a total of 58 victories in his record. Now dressed in green, the Irishman breathes easy. “Without winning, other goals are useless,” he said.

This Sunday the third stage will be held with start and finish in Breda, the longest day of this edition with 193.2 km of travel.