Carapaz resigns from the tour and signs up for the return.- 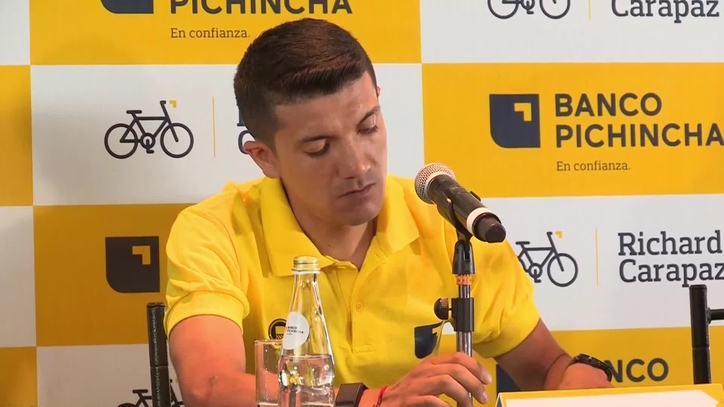 Ecuadorian cyclist Richard Carapaz, who recently finished second in the Giro d’Italia, announced that he will skip the Tour de France to focus on the Tour of España, where he finished on the second step of the podium in 2020.

Within the calendar that he had planned at the beginning of the year was to dispute two of the great tours and, after the effort made to win his second Giro, Carapaz has decided to reserve all his strength for the Spanish tour.

“That would be the main objective. Previously it is possible to do a small tour like the Tour of Poland. Then I would finish the season with a couple of classics,” said the Ineos Granadiers rider at a press conference on his return to Ecuador.

“I am going to be in the country for about a month. I estimate that I will be at home, in (the province of) Carchi to train. It is a place that I like a lot, and I always stay there to train. It is my favorite place”, Carapaz acknowledged at a press conference.

The Olympic champion in Tokyo 2020 stated that the balance of the last Giro “is positive” despite having been overtaken in the final days by the Australian Jai Hindley.

“It has been a quite competitive Giro, and I have had a fairly great regularity. There have been busier days than others, but in general the desire to want to win has been 100%”, said the athlete, known as the “Locomotive of the Carchi”, northern Andean province of Ecuador bordering Colombia.

Carapaz downplayed the fact that he is the Latin American cyclist who has worn the pink jersey the most times in the Giro d’Italia, “because the most important thing is not the number, but the way in which it has been won.”

“In the end they are memories,” said Carapaz, 29, before noting that the most emotional thing for him is to see that he is part of the elite of world cycling since he began as a professional athlete.

“It’s something quite big. At the world level there are four or five athletes, and I am among them. My greatest pride is that I can be among the best,” he added.