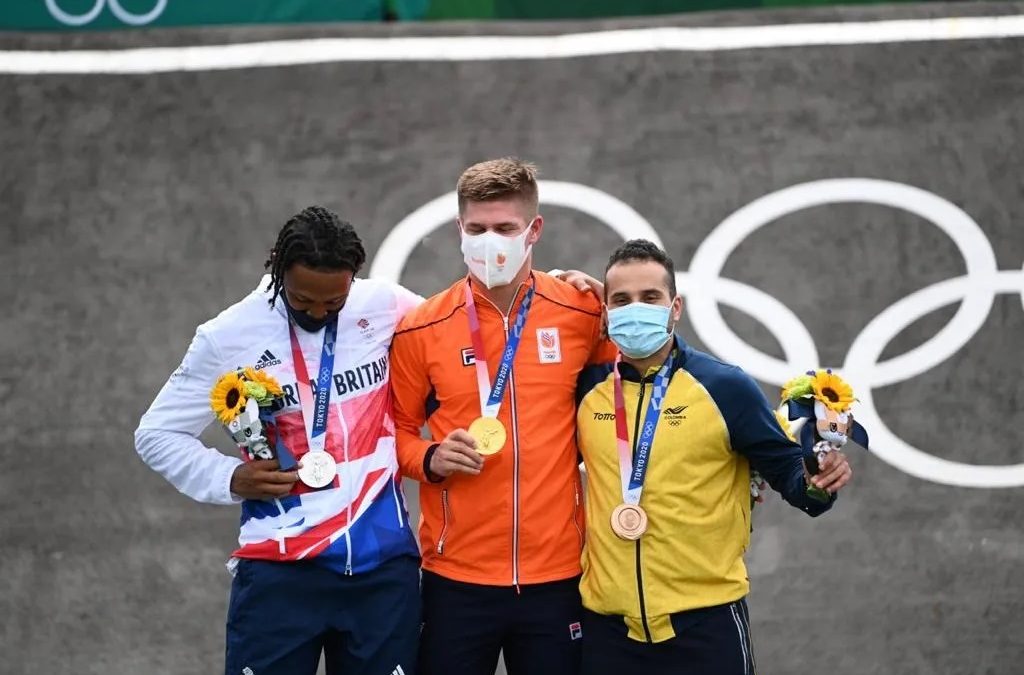 Carlos Ramírez awarded Colombia the first medal in BMX this Thursday at the Tokyo Olympics. The Antioquia bicrocista, a bronze medalist in Rio 2016, had a remarkable performance in the qualifying phases, to hang the Bronze medal on the final podium.

In a sensational comeback, after a difficult and confusing game in a rugged final, the talented runner from Antioquia won the bronze medal, being outmatched in the final instance by the Dutchman Niek Kimmann who became Olympic Champion, followed by the British Kye Whyte who took the silver medal

Second place in the rugged third round of the semifinal instance, together with fourth position in the first and second rounds, were part of the ‘Little Magician’ path towards the final phase, in which he set out with full determination in search of the glory.

Ramírez, World Junior Champion in Brazil in 2002, reached the semifinal instance, occupying third place in the second race, as well as fourth in the first and third races.

By occupying fifth place in the final round, along with sixth position in the first and second rounds, Vincent Pelluard was eliminated in the semifinal instance, in his first Olympic participation.