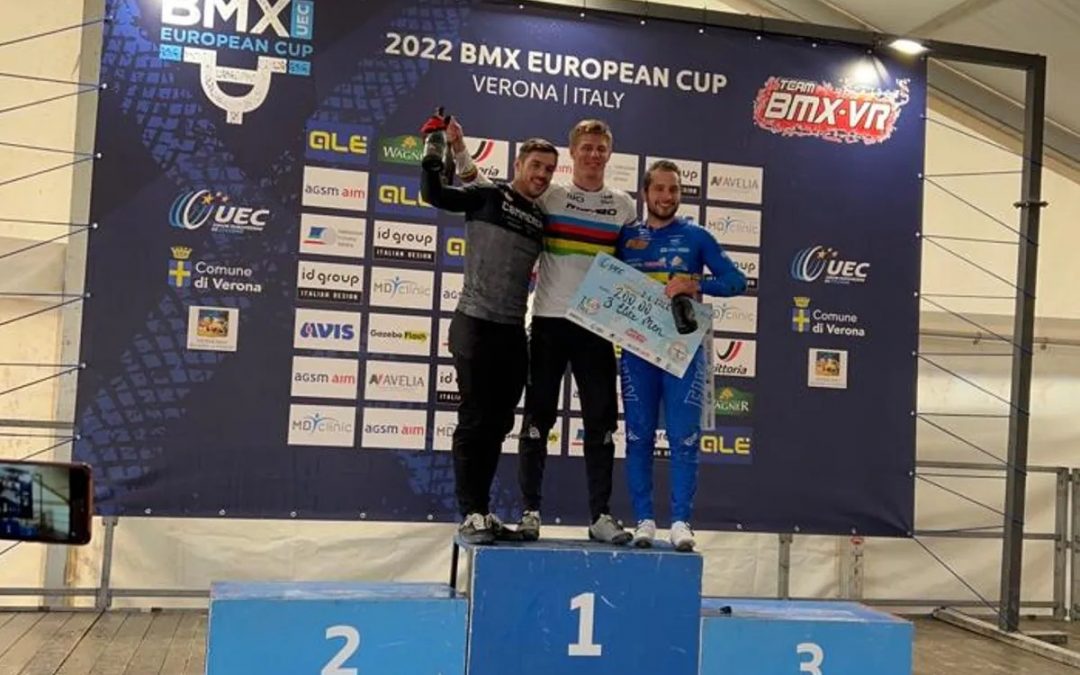 After a dream season in 2021, the double Olympic BMX medalist, Carlos Alberto Ramírez Yepes, won the bronze medal at the first stop of the BMX European Cup in Verona, Italy.

The ‘Little Magician’ achieved his first podium of the season. In the final round, the Dutchman Niek Kimmann prevailed over the Frenchman Sylvain Andre, who were first and second, respectively. The next stop of the BMX European Cup will be held this Sunday at the same track in Verona.