Carolina Munévar, silver and bronze in the Paracycling World Championship 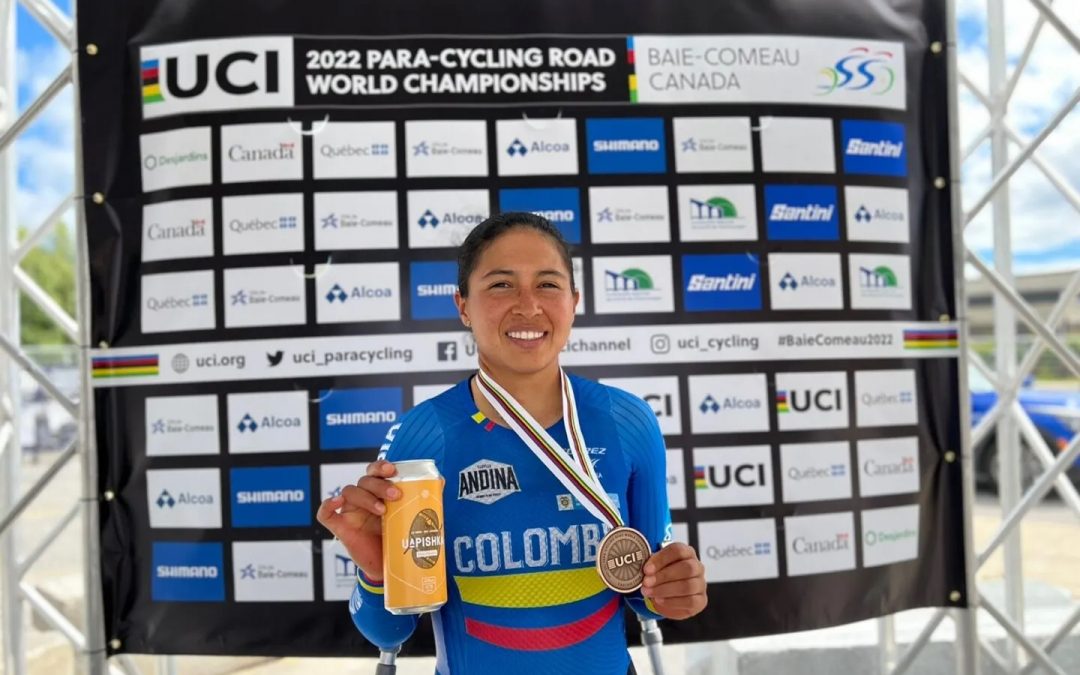 Boyacá cyclist Daniela Carolina Munévar was the great figure of Colombia in the Paracycling World Championship, which was held in Baie-Comeau, Canada, where our continent also reached podiums through riders from Brazil, the United States and the hosts themselves.

Múnevar hung a silver and a bronze medal in the C2 category. She first achieved third place in the time trial, which was advanced in a circuit of 18.9 kilometers, and in which she was only preceded by the German Malke Hausberger and the Swiss Flurina Rigling.

The second medal came in the road test, in which Carolina was once again the protagonist by finishing second in the 58.5-kilometer race, in which only four seconds separated her from the first place achieved, again, by the German Malke Hausberger, who took the gold after completing the course in one hour, 45 minutes and 31 seconds. Swiss Flurina Rigling completed the podium, finishing third, also four seconds behind the winner.

This was a great result for Daniela Carolina Munévar, who had just won bronze in the time trial and silver on the road, at the Quebec World Cup, which had been held the previous week, also in Canadian territory.

The other medals for America were held by the Brazilian Lauro Mouro, silver in the category C5 route of 81.9 kilometers, with the same time as the winner, the Frenchman Kevin Le Cunff (2:00:00); while the American Dennis Connors also won second place, but in the T2 category over 37.8 kilometers.

Nathan Clement and Keely Shaw began the opening days of the race by finishing second and third in the time trial in the T1 and C4 categories and then doubled their medal count in the road race, once again winning silver and bronze.

Joey Desjardins stunned the field and finished third in the road race, earning the first World Championship medal of his career in the H3 class.

“It was a great week for us,” said Sebastien Travers, Cycling Canada Paralympics head coach. “We won more medals than expected. We got great performances from newcomers and our veterans were able to deliver the goods. We are where we want to be, two years from the Paralympic Games in Paris”.