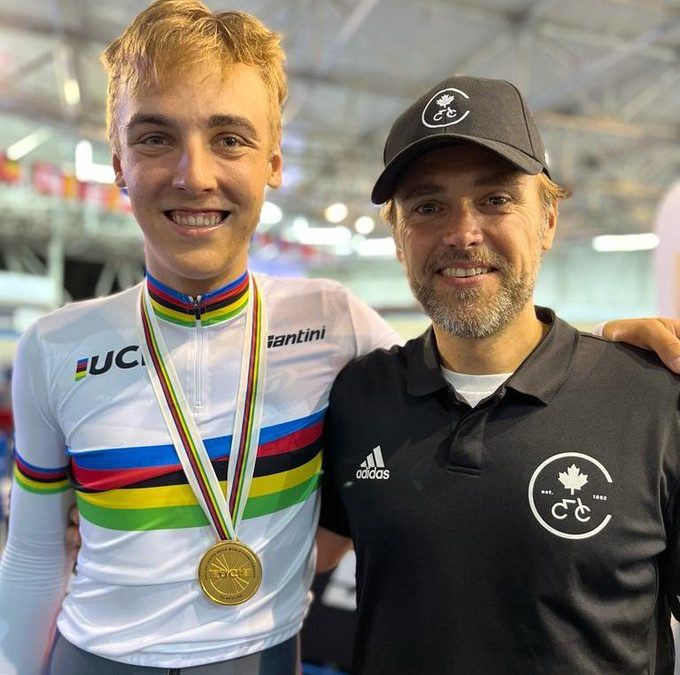 Just one day after triumphing in the men’s individual pursuit, Canadian cyclist Carson Mattern claimed his second gold medal at the 2022 World Junior Track Championships, winning the most grueling event: the men’s Omnium.

“It’s really surreal right now, and hard to believe.” Mattern said after his consecutive days on the podium. “I came in today thinking I wanted to do the best I could. Then I quickly realized that I felt good and I knew I was in contention, so I knew I had to race hard in the points race. There were a few moments where I thought, ‘maybe this isn’t going to work’, but then the cards fell in my favor.”

After all four events, it was clear that Mattern would take the win over Poland’s Dominik Ratajczak and Germany’s Tobias Muller. The Canadian rider added a new title to those achieved in the men’s Scratch in Cairo, Egypt, in 2021, and to the one obtained in the men’s individual pursuit this 2022 in Tel Aviv, Israel.

On day three, Carson Mattern won her Individual Pursuit title before claiming her second Omnium title on day four, and Kiara Lylyk finished the day in seventh place in the women’s Points Race.

With one more day to go, the Canadians will look to wrap up what has been a successful week with the men competing in the Elimination, Madison and kilometer time trial events; while the women will do it in the Madison.