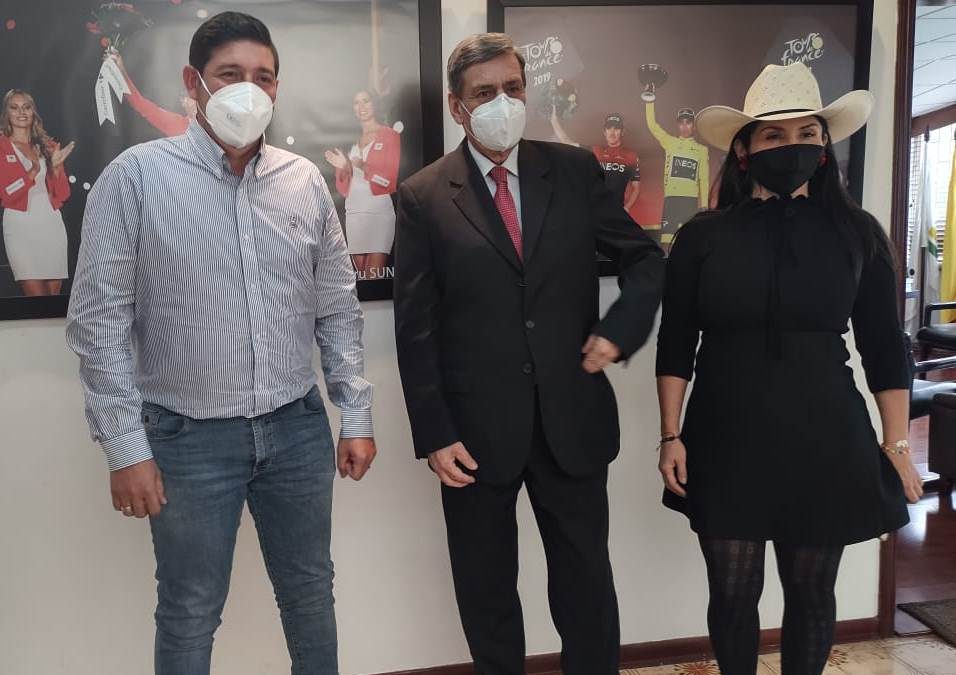 For the second year in a row, the department of Casanare will open the doors to the young promises of Colombian cycling and the professional ladies of the country, to host the Vuelta del Porvenir and the Women’s Tour, events organized simultaneously by the Colombian Cycling Federation.

In 2019, the cycling festival at the end of the season had a great impact on the Colombian Orinoquía region, where the great prospects of the future and the most important women’s lot in the country, provided a great show in municipalities such as Támara, Monterrey and the capital, Yopal.

“We have agreed to hold the Vuelta del Porvenir and the Women’s Tour between December 15 and 18 of this year,” confirmed the president of Fedeciclismo, Dr. Jorge Mauricio Vargas Carreño, who received at the facilities of the governing body of cycling Colombia to the Governor, Dr. Salomón Sanabria, and the president of the sixth commission of the Senate of the Republic, Amanda Rocío González Rodríguez, representatives and main promoters of the return of the national calendar to Casanareño territory.

“They have shown us their interest that Colombian cycling returns to Casanareñas lands, where we have had the best experience in the Vuelta a Colombia, in the Vuelta del Porvenir and the Women’s Tour”, expressed Vargas Carreño, who in turn, confirmed the arrival of the men’s Vuelta a Colombia caravan in the 2021 season.

“In the same way, we have agreed that the 71st edition of the Tour of Colombia will start from the land of Casanare. We will have a presentation of teams and the prologue. This is important for the reactivation of the different municipalities of the country. For Casanare it will be of transcendental importance, as the Tour of Colombia next year will be a UCI category, and we will have at least five foreign teams and live transmission ”, indicated the first leader of Colombian cycling.

The route of this edition of the Vuelta del Porvenir and the 2020 Women’s Tour will be defined in the coming days. Last year Jefferson Ruiz and the Chilean Aranza Villalón were crowned champions of the event that, again, will have a great reception in the hot territory of the Colombian Orinoquía.