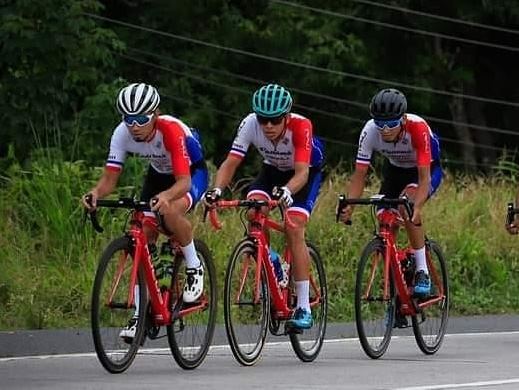 Panamanian riders Alex Strah and Franklin Archibold crowned the escape they starred in in the Individual Route test of the Central American Championship held in Chiriquí, and gave their country the Gold and Silver medals in the Elite category and with them conquer all the titles of the maximum class in dispute, since yesterday they had also achieved 1-2 in the timed test.

The representative of Guatemala Dorian Monterroso won the Bronze medal for his country.

The Isthmians masterfully completed the escape they starred in the last 35 kilometers of the race and entered the goal located in the outer areas of the Federal Mall with their arms raised, although Archibold allowed his teammate Alex Strah to put his wheel first and will achieve the title.

In the Sub 23 category, the chapines Henry Sam and Melvin Borón achieved the Gold and Silver medals, the medal trio was completed by Henry Rojas from Nicaragua.

In this way concludes the II Central American Road Championship that the canal nation has successfully organized, which in two days will be making the traditional Tour of Chiriquí where intense days of hard determination are expected for the highest award.