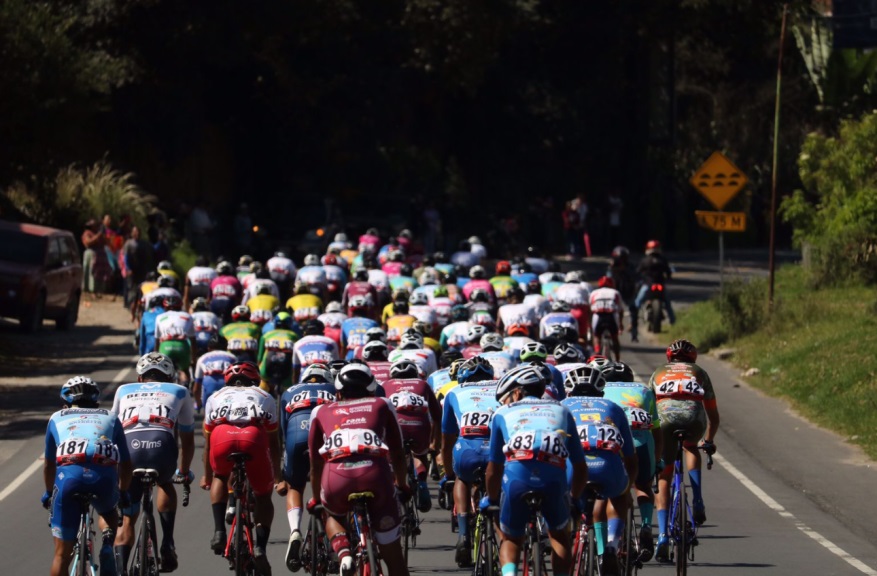 The 61st Cycling Tour of Guatemala celebrated this Thursday the fifth stage of the competition, which left the Colombian Robinson Chalapud as the winner, the cyclist arrived first at the finish line in Esquipulas Palo Gordo, San Marcos with a time of 3 hours 14 minutes and 8 seconds.

Chalapud, from Team Banco Guayaquil, won the fifth stage, which was marked by the mountain that the cyclists had to climb. The start was in the Totonicapán Park at 10:00 in the morning and ended in Esquipulas Palo Gordo.

The Colombian was accompanied on the podium by Julio Ispaché (Guatemala) at 2 minutes 14 and Steven Haro (2:15) from Ecuador. Despite Chalapud’s victory, Mordoqueo Vásquez’s leadership remains intact.

This fifth stage of 127.5 kilometers of distance, which had a maximum height of 2,978 meters above sea level, distributed three flying goals and four mountain prizes.

This victory in Esquipulas Palo Gordo was the second for the Colombian in the Tour of Guatemala 2022, the member of Team Banco Guayaquil from Ecuador had already celebrated before in the first stage when he wore the leading sweater.

However, and despite being the winner this Thursday, the yellow sweater will remain in the possession of Guatemalan Mardoqueo Vásquez, who was fourth.

In the final closing, after the climb near the finish line in Esquipulas Palo Gordo, Chalapud, who had already staged a breakaway along with the Ecuadorian Pablo Caceido of several kilometers, shared the mountain prizes.

Finally Chalapud reached the finish line alone and achieved his second victory in the 61st Tour of Guatemala.

After the celebration of this fifth segment, The Tour of Guatemala entered its fair half (there are five stages left to play) and there are three cyclists who have already taken advantage over the rest of the competitors and are beginning to emerge as the candidates to be crowned next November 1 at the finish line that will be located in Guatemala City.

In that sense, and after 5 stages that have accumulated 664.2 kilometers that crossed the departments of Guatemala, Chiquimula, Jalapa, Jutiapa, Escuintla, Sololá, Totonicapán and San Marcos, these are the three riders who ride at the top of the general classification:

Mardoqueo Vásquez won the 60th edition of the Vuelta in 2020, and after a 2021 in which the competition was not held due to health reasons derived from the Covid-19 pandemic, he will seek to “conquer” Guatemala again and defend his champion title.

Currently “Super Mardo”, he is the bearer of the yellow sweater for the leader of the general classification and maintains an advantage of 1 minute and 57 seconds over Wilmar Pérez, his main pursuer. Vásquez who won the 2020 edition of the Vuelta maintains a podium (in the fourth stage) and a second place (third stage). Mordecai is also second in the general mountain classification with 29 points.

The Colombian Wilmar Pérez from Cerámicas Castelli is second in the general classification at 1:57 behind Mordoqueo and has a podium that he achieved in the second stage. Also, he is fourth on the mountain with 23 points. In this Thursday’s stage he entered fifth, but continues well placed.

Sergio Chumil has had a good performance during the first 5 stages of the Vuelta, this Thursday he was seventh (2:22 behind the winner), however, he remains the third best in the general classification at 2:46 behind Mordoqueo .

Added to that, the member of Hino-One is the best Sub-23: Paulo Pantoja of Movistar Best PC of Ecuador leads in 4 minutes and 26 seconds.