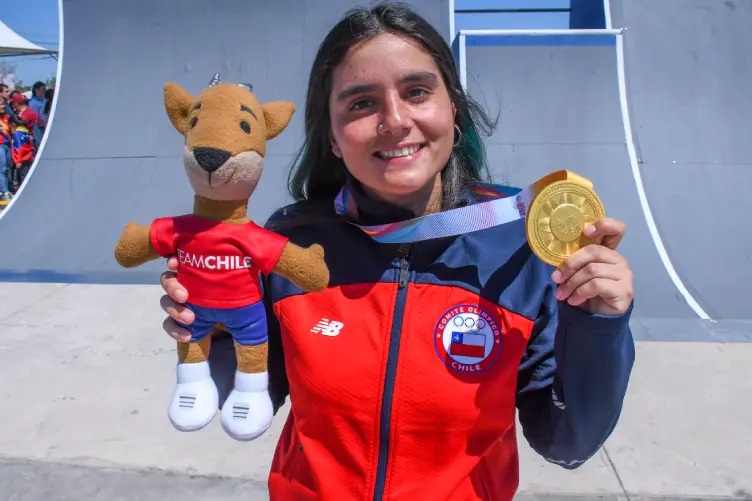 This Saturday was held in Asunción, Paraguay, the first BMX Freestyle competitions within the framework of the South American Games, which had as inaugural champions the Chilean Macarena Pérez and the Argentine Julio Torres, both with enough international honors that they now showed without hesitation.

In the case of Macarena, Pan American runner-up in Lima 2019, she won the gold medal in the park category, which took place in the Paraguayan Olympic Park. She did not qualify first for the final, as the Colombian Queen Villegas did, but in the decisive instance she added 75, 33 points and surpassed Queen, who finished with a record of 72.66.

“It was a very nice and close competition. I saved my strength for the final and the result came out. The Villegas sisters (Queen and Lizsurley) are highly prestigious cyclists and having defeated them is something great”, commented the Chilean monarch.

In the final, the Villegas sisters won second place for Queen and a fourth place for Lizsurley (69.00), while the podium was completed in third place by the Venezuelan Katherine Diaz, who added 71.00.

In the men’s branch, the Argentine Julio Torres fulfilled the pre-competition forecast and became champion with a record of 89.00 points, escorted by the Olympic sub-monarch, the Venezuelan Danier Dhers (87.33), and the Brazilian Gustavo De Oliveira (84.00).

“I appreciate the conditions offered because the stage was very good. This victory is important because of the level of the competition and I dedicate it to my friends and my parents”, she confessed to the media after the award ceremony.