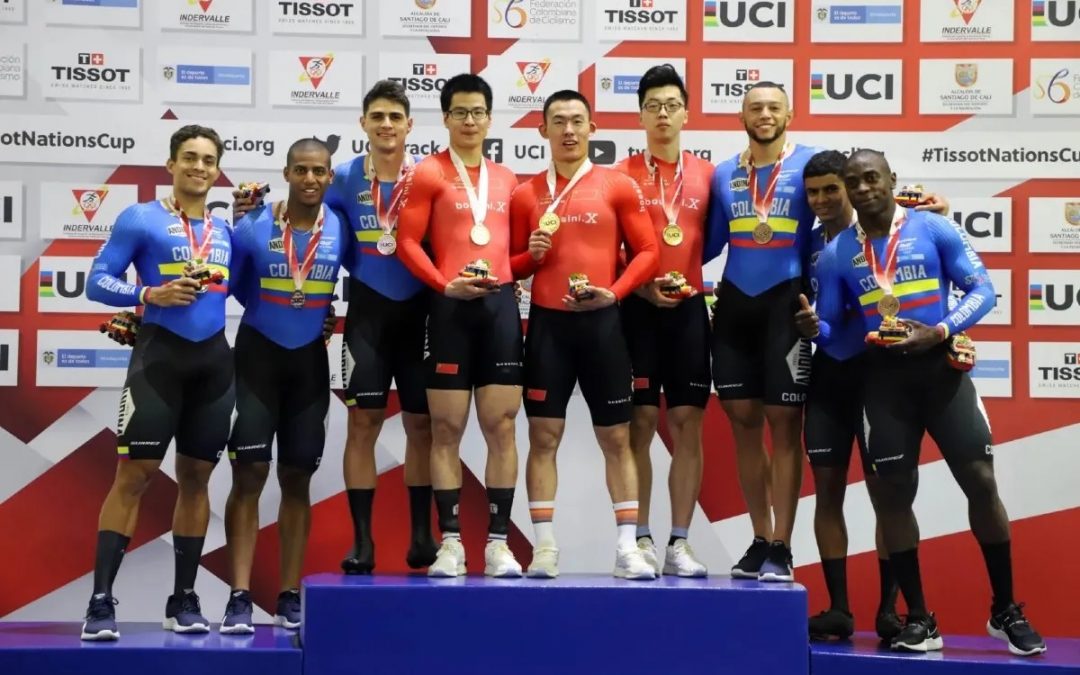 This Thursday the competitions of the third stop of the UCI Track Cup of Nations officially began, which take place at the Alcides Nieto Patiño velodrome in Cali, and China won three of the four golds of the day, while Colombia was the protagonist of the day by getting four medals: one silver and three bronzes.

Forty countries and four professional teams are present in the capital of Valle del Cauca to play the last stop of the Nations Cup season, which arrives in Cali to crown the best of the year, after the events in Glasgow, Scotland, and Milton, Canada .

On the first day, in which the pursuit (f and m) and the team speed were held, the great protagonist was the Chinese delegation, which took three of the four golds of the day, with the exception of the title in the team pursuit boys, won by Italy.

For its part, the local team, led by John Jaime González, was the protagonist of the four tests, in which he was looking for medals, and providing a great show for the public that came to the Valle del Cauca stage this Thursday.

The first national medal came from the women’s pursuit team, formed by Camila Sánchez, Serika Guluma, Camila Valbuena and Mariana Herrera, who won the bronze medal of the event, after beating Hong Kong in the third place dispute. Kong. China won gold and the New Zealand quartet finished with silver.

In the same event, but in the men’s section, the team made up of Bryan Gómez, Juan Esteban Arango, Bryan Sánchez and Jordan Parra also won the bronze, after beating Colombia B, which brought together Juan Manuel Barboza, Anderson Arboleda, Julian Osorio, Brandon Rojas and Alex Juan Pablo Zapata. China here captured silver, behind the Italians.

In the men’s team speed, the Chinese were monarchs, while the national trios A and B climbed on the podium, in second and third place, respectively, as a team formed by Cristian Ortega, Kevin Santiago Quintero and Santiago Ramírez, in A , and by Juan David Ochoa, Carlos Daniel Echeverri and Rubén Murillo, in the B.

The women’s team of Martha Bayona, Marianis Salazar and Juliana Gaviria was close to the podium, finishing fourth among eight competitors in the competition won by China.

A very positive balance if one takes into account that in men the good process that is being carried out in our country was demonstrated, by having a replacement team for international events and a good competition between the Colombian talents on the track, while in women Colombia showed a good level in the two tests played on the first day.

This Friday the Nations Cup competitions will continue with the kilometer and elimination tests, for men, and elimination, speed and individual pursuit for the ladies, on a day that will take place from 10:00 am, until 2:28 p.m., and from 6:00 p.m. to 8:30 p.m.