Christophe Laporte surprises on stage 19; now everyone watches the time trial of the Tour de France 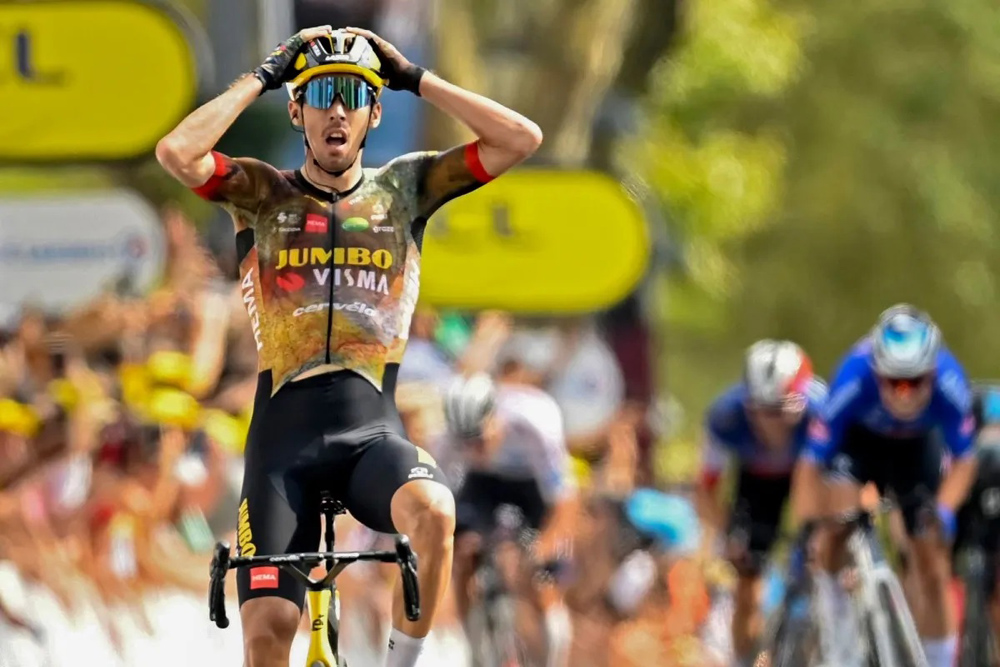 On a day for sprinters, Christophe Laporte (Jumbo-Visma) conquered stage 19 in the 2022 Tour de France, surprising the lot in a flat 188.3-kilometre split between Castelnau-Magnoac and Cahors, where the best-placed for América Nairo Quintana (Arkéa Samsic) entered the peloton without setbacks and remained fifth in the individual general standings.

In the final kilometer, the French runner joined an offensive of three attackers to then finish off his daring at full power, crossing the finish line first with a time of 3’53:04″. The Belgian Jasper Philipsen (Alpecin-Deceuninck) entered the second position and the Italian Alberto Dainese (Team DSM) came third.

With the GC and podium places settled, the sprinters had another chance. The escape of the day was starred by the German Nils Politt (Bora-Hansgrohe), the Danish Mikkel Frølich Honoré (Quick-Step Alpha Vinyl Team), the Slovenian Matej Mohorič (Bahrain-Victorious), the Dutch Taco Van der Hoorn (Intermarché Wanty Goubert ) and the American Quinn Simmons (Trek-Segafredo), but passing half of the fraction they were supported by the peloton.

In the final stretch, the French Alexis Gougeard (B&B Hotels – KTM), the British Fred Wright (Bahrain – Victorious) and the Belgian Jasper Stuyven (Trek – Segafredo) went ahead, who fought a great battle with the trains of the sprinters.

However, over the last meters his victory aspirations were relegated by the surprise attack of Christophe Laporte, who achieved the fifth victory for the Jumbo-Visma team in the 2022 Tour de France.

This Saturday stage 20 of the ‘Grande Bouclé’ will be held, with the long-awaited individual time trial of 40.7 kilometers between Lacapelle-Marival and Rocamadour, which will end up defining the final differences of the positions of honor.

Nairo Quintana optimistic for the test against the clock

The Colombian Nairo Quintana affirmed this Friday at the end of the 19th stage of the Tour de France that in this edition “there were only three quiet days, they were three of rest, the rest every day at full speed, today almost 50 km/hour average, and very very fast all day, the wind from the side and again the war for the positions, for the good location, the cuts behind”.

This “makes you spend a lot all day, a lot of energy in your legs and a lot of mental energy as well,” added the 32-year-old climber.

Fifth overall, but far from fourth, Frenchman David Gaudu, Nairo will seek to maintain fifth place in Saturday’s 40-kilometre time trial, threatened by South African Louis Meintjes, against whom he will have to defend an eight-second lead.

“I am punished, but we are going to do a good time, to do a very good massage today, to recover well and tomorrow to everything from the start to the finish,” Quintana said before adding: “Virgencita, virgencita, leave me there” .