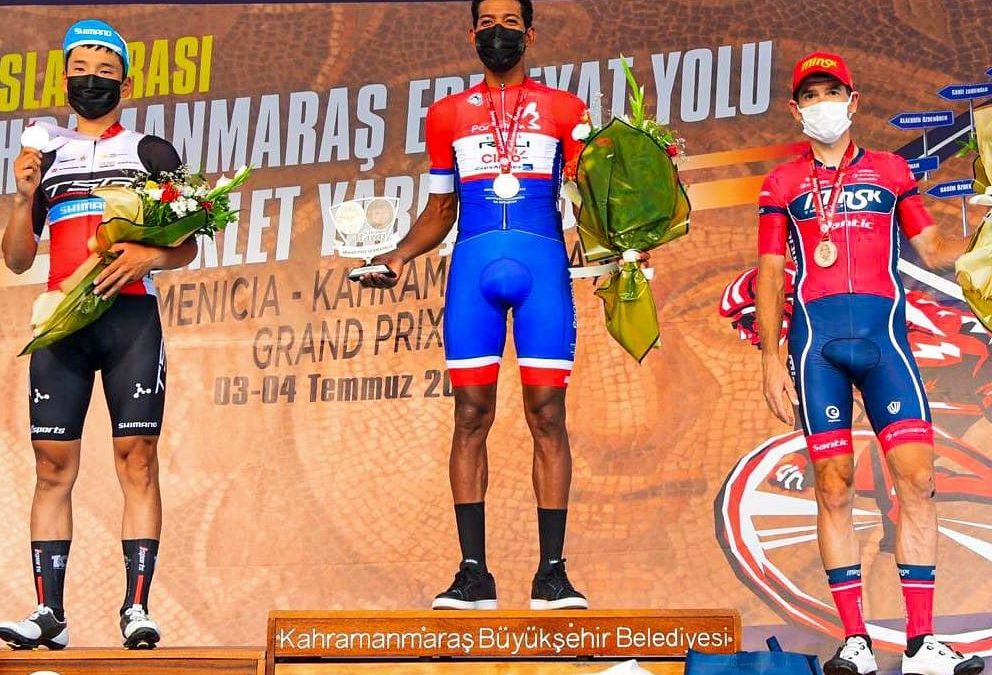 The only Panamanian cyclist qualified for the Tokyo Olympics, Christopher Jurado, celebrated the victory in the Germenica Grand Prix in Turkey, held this Sunday on a route of 153.8 kilometers of constant ups and downs.

The runner of the Panama Cultura y Deportes club took the victory, after integrating a breakout of four riders, in which in the end he was the strongest in the pack, to triumph with a time of 3:45:36 hours.

The 25-year-old from Isthmus, who won his country’s individual time trial title for the third consecutive year, will spend more than a month in Ottoman lands, seeking to adapt to the altitude, as part of the adaptation process for Tokyo.

The “Captain of the West”, as the Jury is known, will be contesting the individual route event at the Olympic Games on July 24, over a distance of 234 kilometers. “The training sessions have been demanding and that is what I like. Tokyo will not be easy,” said Jurado.

The Panamanian rider has remained focused on the city of Kayseri in the European country, and has received the help of his team to participate in the third edition of Velo Erciyes between July 3 and 18, a test that will help him a lot in his preparation with you look at tokyo.

He admitted that “running with the team these last six races (in the Velo Erciyes edition) will be significant for my last days of preparation, it will help me a lot. We are prepared to make a good representation on Turkish soil,” he said.