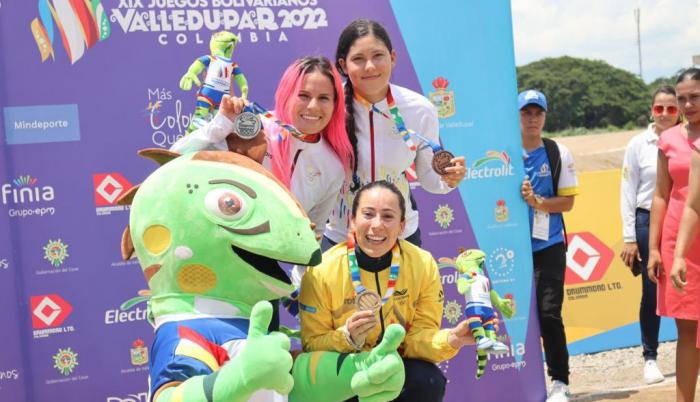 Wrapped up with their best representatives, including world and Olympic medalists Mariana Pajón and Diego Arboleda, the teams from Colombia and Ecuador were announced this weekend for the BMX world championship, scheduled for July 26-31 in Nantes, France. .

The Colombian national team will be made up of ten athletes, headed by triple Olympic medalist Mariana Pajón, recent national and Bolivarian champion, who will be accompanied in the women’s elite category by Gabriella Bolle Carillo.

In the men’s elite competition will be Diego Arboleda, number two in the UCI world ranking and recent national and Bolivarian champion; Vincent Pelluard and Mateo Carmona, athletes who are located in positions 12 and 15 of the UCI ranking, respectively.

For his part, Juan Camilo Ramírez will be present in the sub-23 category, while Sharid Fayad, Isabella Carranza, Santiago Santa Moreno and Juan Pablo Chaparro Heredia will compete in the junior category.

The double Olympic medalist Carlos Alberto Ramírez and Manuela Martínez Agudelo, from Antioquia, who were summoned for the World Cup, will not be able to participate in the event due to injury.

For its part, the Ecuadorian Cycling Federation made public this Friday, July 15, the official list of 17 cyclists for the main tournament that will be made up of Wilson Goyes and Josué Álvarez in the men’s elite; Doménica Azuero and Karla Carrera (elite ladies), Pedro Benalcázar and Matías Balcázar (junior men), Doménica Mora (junior ladies) and Cristhian Castro with Gabriel Mora, in sub-23 men.

Ecuador attends the French event with the most recent international record of having achieved second and third place in the women’s BMX event of the 2022 Bolivarian Games, where the tricolors Doménica Azuero and Doménica Mora hung gold and silver, respectively, only surpassed by the Olympic champion, the Colombian Mariana Pajón.