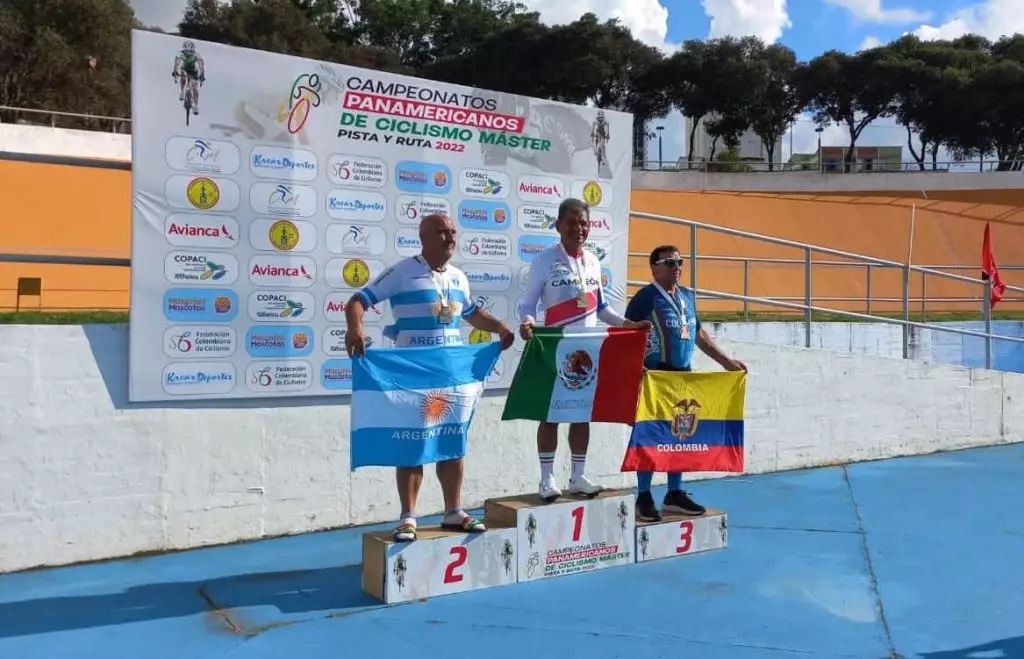 Four nations managed to add titles on the first day of the Pan American Cycling Championship, master category, which began this Monday at the Alfonso Florez velodrome in Bucaramanga, Colombia, with the participation of 237 runners from nine countries.

In the 200 meter sprint, the hosts dominated the main category with Jenifer Alzate, the C2 category with Alejandro Máquez, the C1 through Darío Estrada, the B1 through Rodolfo Renato Martínez and the B2 with Mauricio Herrera, while they took four silvers and five bronzes.

For its part, Chile dominated A2 with Claudio Andrés Vera and D2 thanks to the efforts of Heriberto Ricardo Promeda; while Mexico did it in D1 with Fernando López and Ecuador took the entire podium in A1 led by Luis Oswaldo Tabango.

Also in this first round of the continental competition for riders over 35 years of age, Argentina, Brazil and Trinidad and Tobago got a silver per capita through Ángel Bidondo in D1, Gerson Mariano in C2 and Sean Power in C1, respectively.

The organization of the contest endorsed by the Pan American Cycling Confederation, the Colombian Cycling Federation and the Colombian Senior Master Cycling Association, registers the highest registration for an event in this category.

The track tests will be held at the velodrome until November 13 in the individual speed modalities and later the team speed. Middle-distance events include the Individual Pursuit, Team Pursuit and the Scratch.

The road competitions will be held in Barrancabermeja from November 10 to 13 and comprise three stages, the first an individual time trial of 13 kilometers, a circuit of 75 kilometers and a criterium of 4.4 kilometers per turn, always in the oil capital of Colombia.