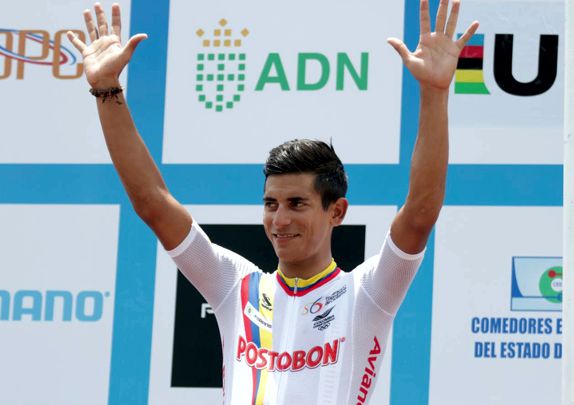 Santo Domingo.- The closing of the Pan American Road Cycling Championship reserved the victory of the Colombian Nelson Andrés Soto in the 160 kilometers of the route, elite category, which consolidated his nation as the winner of the contest with five crowns and a bronze, followed by Chile (2-2-1), while Cuba finished third with a title.

This Sunday’s race ran at a speed of 44.037 km / h and the coffee grower Soto entered first in a massive pack of 27 riders (3:38 a.m.), escorted by two heirs of the best Ecuadorian cycling, Cristian David Pita and Leonidas Sebastián Hoyos , silver and bronze, respectively, among more than 90 runners who took the long run, although only 64 finally crossed the finish line.

Thus closed a continental contest that delivered all the remaining places for the I Pan American Youth Games in Cali in this exhausting modality. In addition to the first three places, eight other countries scored on the podium box: Ecuador (0-1-2), Bolivia, Brazil, Barbados, Trinidad and Tobago and the Dominican Republic, all with a silver medal; while Mexico accumulated three bronzes and Panama one.

One of the most outstanding in the individual was the Colombian Lina Marcela Hernández, happy twice in the sub-23 category in the individual time trial and the route. “I am very happy with this result. I aspire to continue improving and winning the First Pan American Games in Cali ”, she declared to various media dedicated to pedal news.

Likewise, Chile performed its best job in these struggles with the first success of a cyclist on the route, to the account of Paola Muñoz; Meanwhile, Cuba taught that the return of Marlies Mejías could be very beneficial for the Olympic cycle that has just begun and will end in Paris 2024.

For the organizers, apart from the logical problems caused by tropical storm Fred, the challenge of organizing two contests in unison (Caribbean Championship) was high, especially in the time of Covid-19, in which strict protocols must be met. sanitaros for all participants, which this time exceeded 300 cyclists from more than 30 nations.