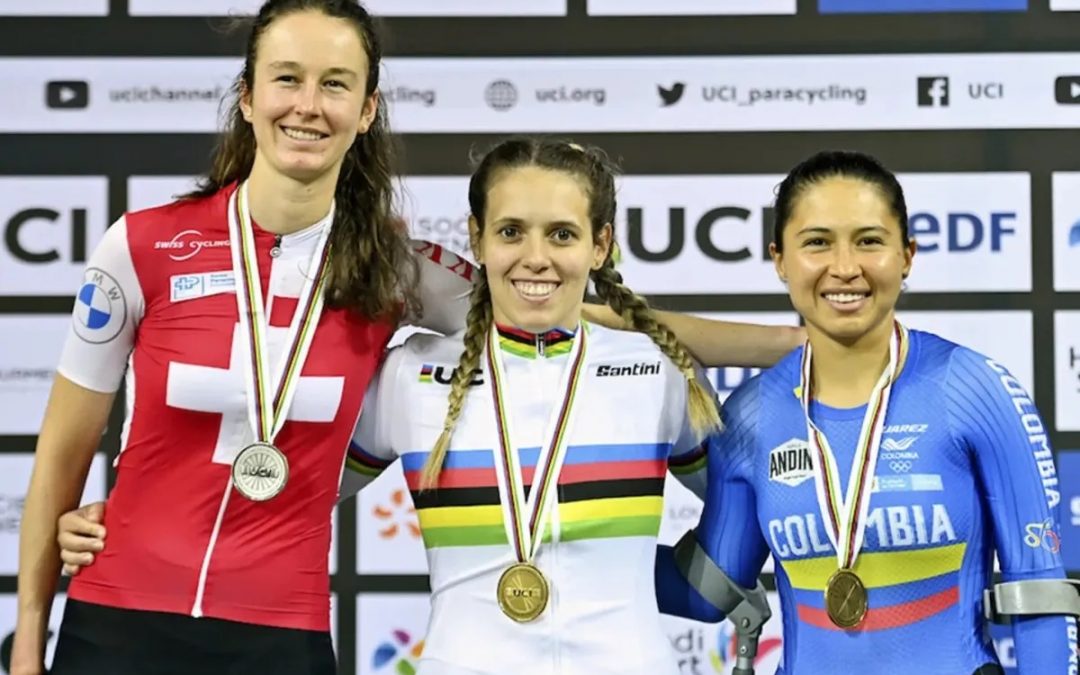 The Colombian cyclist Carolina Munévar won her second bronze medal in the Paracycling Track World Championship this Sunday, finishing third in the omnium in the C2 category, in the event that was held at the Saint-Quentin-En-Yvelines national velodrome, in France.

The athlete from Boyacá finished third in the omnium C2, after adding 134 points during the four days of World Cup competitions, in which she won 34 units in the 200 meters and 500 meters against the clock, after placing fourth; She 36 in the individual pursuit, in which she was third and reached the bronze, and 30 in the scratch that was held this Sunday and test in which she was sixth.

Colombia also competed on the last day of the World Cup in the team sprint with Paula Ossa, Esnéider Muñoz and Edwin Matiz, who reached eighth place. While Eulices León and Wilmar Marulanda participated in scratch C2, a test in which they placed eighth and 12th, respectively.