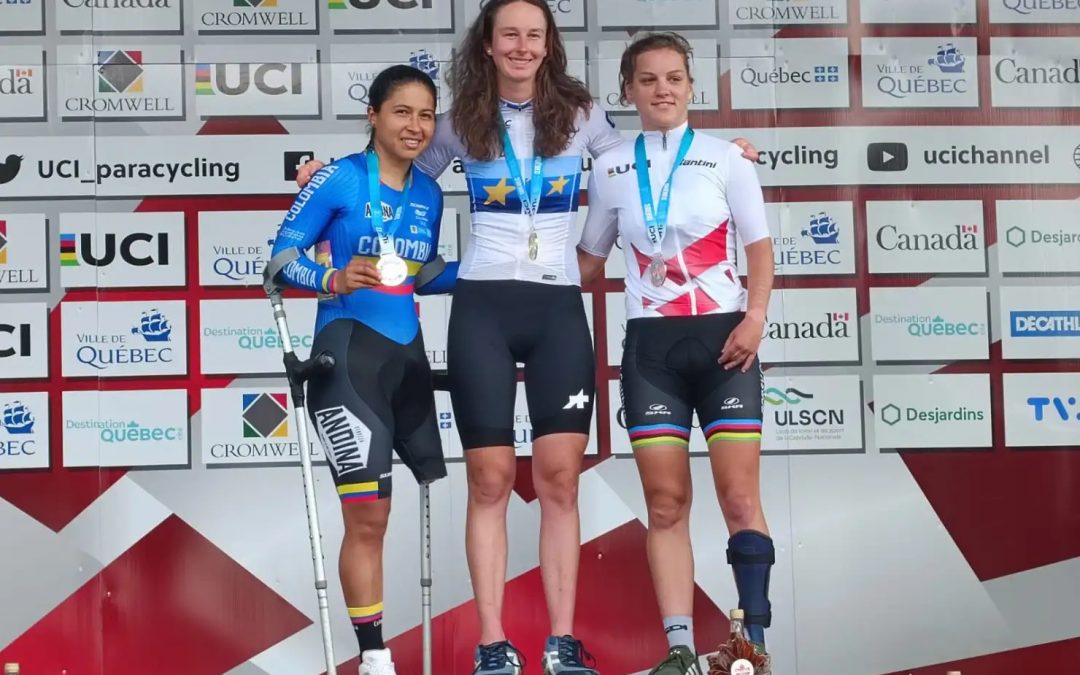 The Colombian Paracycling Team closed with another good harvest of medals: two silver and one bronze, their participation this Sunday in the Paracycling Road World Cup, which was held in Quebec.

In the dispute over the long-distance events, Paula Ossa (TT-C5) and Carolina Munevar (TT-C2) took the silver medals in their respective categories while Alejandro Perea took the bronze in the men’s TT-C2 category.

Paula Ossa from Bogota was the first to get on the podium in Canadian territory after competing in the TT-C5 category road test over 61 kilometers. Ossa took second place, dominating three of her rivals in a pack. On her part, the German Kerstin Brachtendorf took the gold while the French Marie Patoulliet climbed to the podium in the third drawer.

In the second hour it was Carolina Munévar who added the silver medal in her category escorting the Swiss Flurina Rigling, while the German Maike Hauserber completed the podium. The great rider from Boyacá thus reached her second medal in this Cup, after the bronze obtained in the Individual Time Trial.

In the men’s field, Alejandro Perea overcame a mechanical mishap (broken handlebar) to win the bronze in a close sprint in the TT-C2 category against the German Stefen Wariaas and the Spanish Eduardo Santas, while his compatriot Esneider Muñoz placed in ninth place at 11:51.

In the TT-C5 category, Edwin Matiz took ninth place, 8:31 behind the French champion Kevin Le Cunff, while Carlos Vargas was forced to leave due to injury, and in the TT-C4 category, Robinson Jaramillo was tenth, 3.55 behind the winner. Louis Clinke from Belgium.

The Colombian representation will remain after this commitment in Canada to begin next Thursday its participation in the Road Para-cycling World Championship, Quebec 2022, an appointment that will begin to deliver scores with a view to the Paris 2024 Paralympic Games.