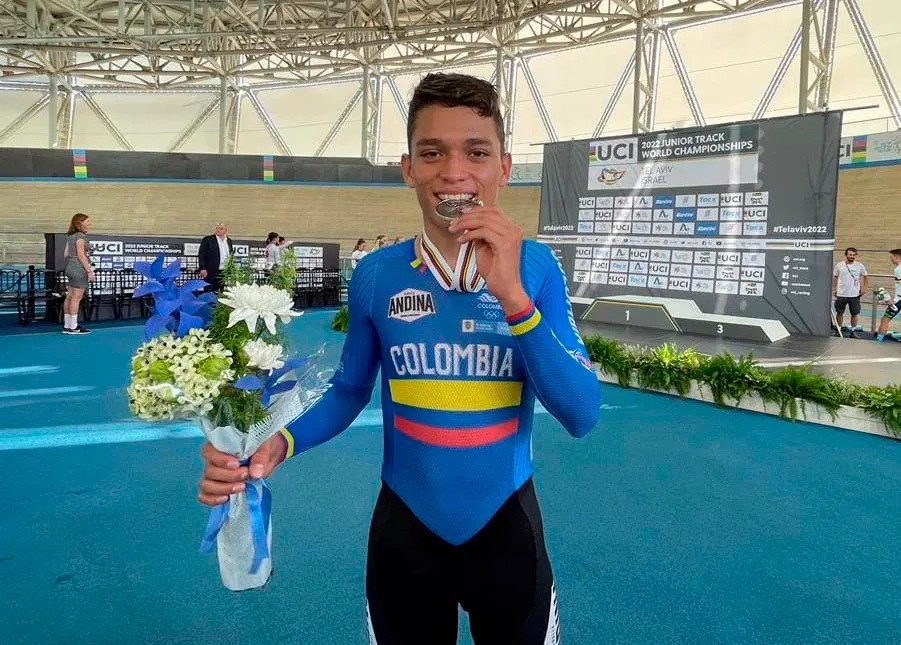 Jhojan Stiven Marín won the second silver medal for our country this Saturday, at the closing of the Junior World Track Championship, which took place at the Sylvan Adams national velodrome in Tel Aviv, in which the Valle del Cauca cyclist finished second in the elimination.

Marín, who for the first time represents Colombia in an international competition, and who has been trained by coaches Luis Mejía and “El Viejo” García, with the development of competitive training in the Advanced Development Project (PAD), had just finished in box 15 of the omnium, on Friday, in which he had been the first discarded in the elimination race.

With that disappointment and a thirst for revenge, the 18-year-old faced the test in which he came out with the firm objective of saying goodbye in the best way to his first World Cup experience.

As the laps passed, the dream of achieving a podium in a UCI event approached, which he was able to capitalize on when the Italian Matteo Fiorin was eliminated and the three finalists remained who would claim the medals at the end of the test.

That momentum even took Marin to the last lap in which he was a few meters away from taking the gold, but in which he crossed the finish line getting a meritorious silver medal, which certifies him as the world runner-up in the elimination.

On the last day, the classification of Luna Álvarez from the Atlantic to the keirin final is also highlighted, after winning their respective heats in the first round and semifinals of the event. In the definition of the medals, Luna finished in fifth place.

Finally, the duo of Jhojan Marín and Jaider Muñoz finished in ninth place in the Madison final, which closed the World Cup competitions for our country in Israel.

An outstanding performance in which the Colombian Andean National Team won two silver medals, with Francisco Jaramillo and Jhojan Marín, in keirin and elimination, respectively, and in which our country received the UCI flag as a vote of confidence from the highest governing body in cycling at the international level, for the organization of the World Junior Track Championship, which will take place in Cali, in August 2023.