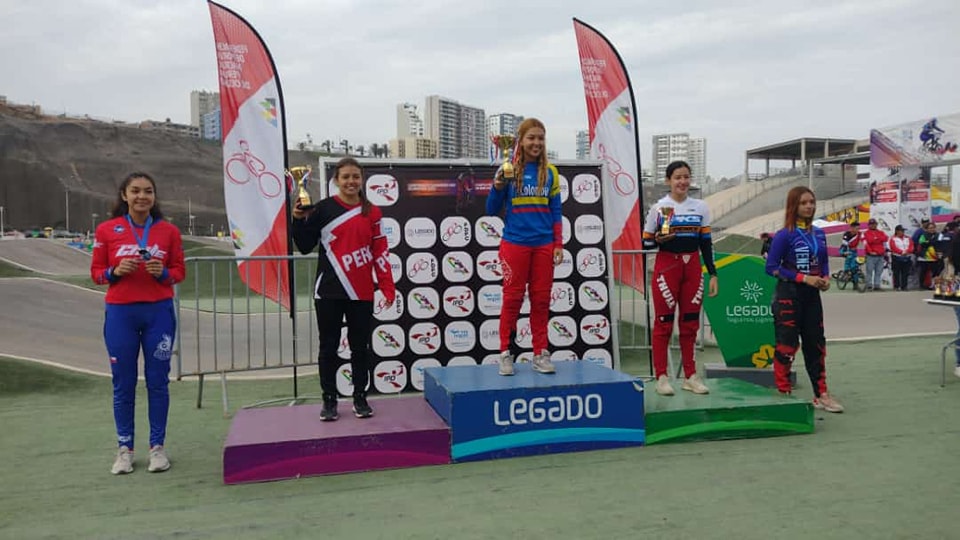 With the titles of Santiago Santa Moreno among the juniors and Ana Sofía Cadavid in the U-23 category, the Colombian team dominated the first day of the South American BMX PKS Championship, held at the Costa Verde San Miguel Legacy Circuit, in Lima, Peru.

Among the juniors, another Santiago, also from Colombia, but with the surname Barrero Hernández, won silver, while the Chilean Benjamin Bravo won bronze. It was a test in which four countries presented candidates for the podium.

On her part, among the ladies under 23, the local Micaela Ramírez gave her country the first medal with a well fought silver, while the third place corresponded to another Colombian Nicol Andrey Martínez.

In the other categories that distributed prizes, Chile made it 1-2 in the U-23 men with Mauricio Molina-Renato Roig binomial. Ecuadorian Josué Álvarez was relegated to bronze. Finally, in the men’s elite, Venezuelan Jholman Silvira won gold, Brazilian Guilherme Ribeiro silver and another host, Andre Lacroix, took bronze.

According to the organizers, it was an excellent Championship where all the athletes demonstrated their abilities to overcome the cambers, jumps and curves. From the little ones to those over 45 years old, they showed off their best resources, grit and strength.

For Gustavo Matus, the balance is very positive “very happy with the development of the Championship. It has been a hard-fought, hard-fought tournament where all the delegations are happy with their South American, very motivated”.

For Tito Ciappino “today’s balance has been very positive, it has been a great show. They have all been great competitions, the inclusion of the Piecitos category from 3 years old is very important for the seedbed. It has been a very positive day. We hope that tomorrow will be the same”.

This Sunday the competitions for the Fourth Round of the Latin American Cup of BMX PKS 2022 are scheduled to start at 9:30 in the morning.