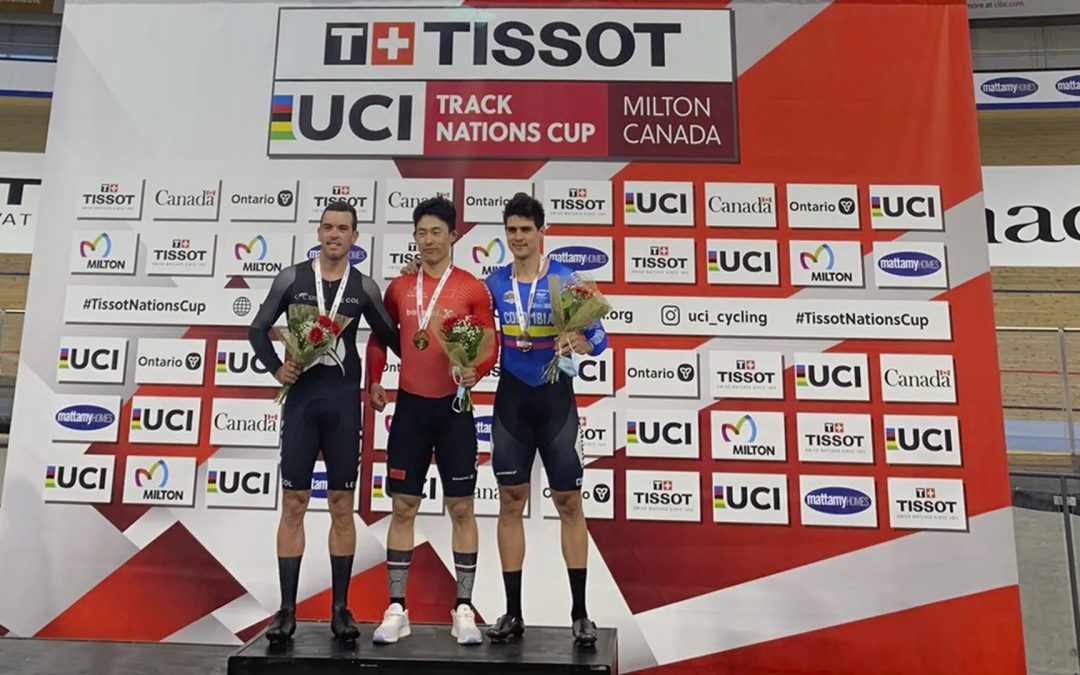 The Colombian Andean Track team won two bronze medals on the second day of competition at the Milton UCI Nations Cup, which was held at the Mattamy National Cycling Center velodrome in Milton, Canada.

The national team led by John Jaime González stood on the podium in the kilometer test, with Santiago Ramírez, and in the Sprint, with Martha Bayona, on the day that took place this Friday and in which our country continues to demonstrate the great job being done on the track.

Ramírez had placed third in the kilometer classifications held in the morning, and managed to ratify his position in the final of the test held at night, in which he was only 0.351 thousandths behind the Chinese Chenxi Xue, winner of the Prayed.

For her part, Martha Bayona achieved the fifth fastest time in the classifications, which allowed her to advance directly to the round of 16, a round in which she beat the Italian Miriam Vece.

In the quarterfinals, the Colombian defeated the German Lea Sophie Friedrich, while in the semifinal she lost to the Canadian Kelsey Mitchell, the current Olympic champion of the event.

In the dispute for the bronze, Bayona managed to win the two heats against the Canadian Lauriane Genest, which ensured her the bronze medal in this test.

It should be noted that Colombia had also managed to get on the podium in these tests in the first stop of the Nations Cup, which took place in Glasgow, with Cristian Ortega (gold) and Martha Bayona (bronze).