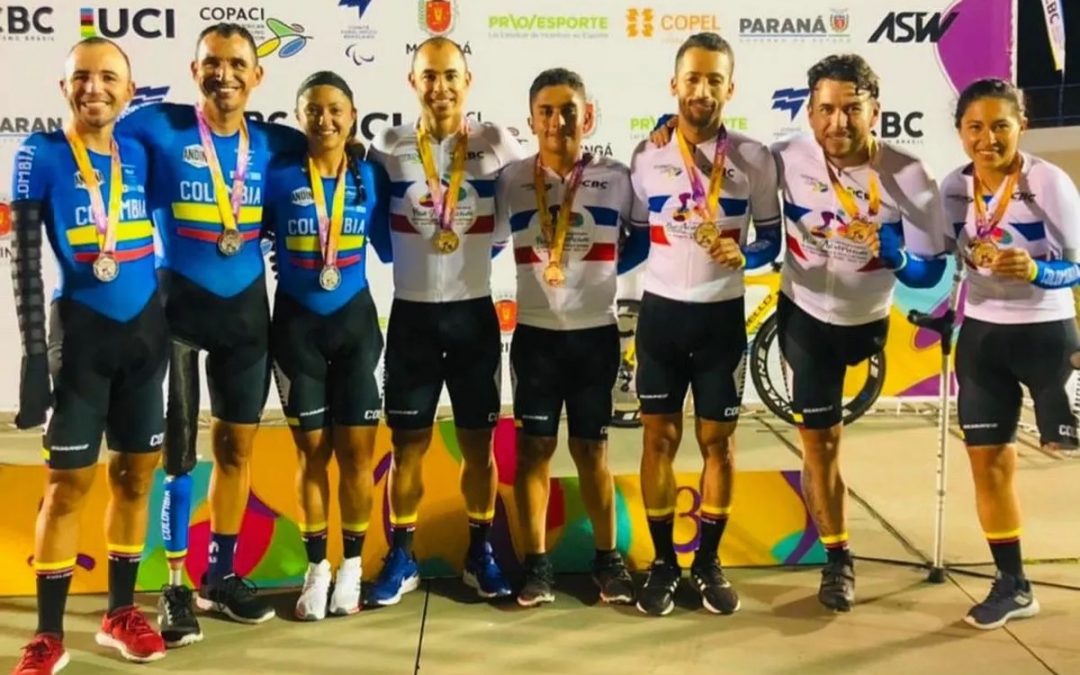 The Parapan American Track and Road Championship that began this Thursday in the municipality of Maringá, Brazil with the assistance of eight nations left the best tasks for the Brazilian and Colombian teams, winners of four crowns in the opening, while Argentina signed up three.

The local representation won titles in the individual pursuit of the MC4 and MC5 categories through André Luiz Griizante and Lauro Cesar Mouro, while in the women’s branch, in the WC3 and WC4 categories, Christiane Da Silva Padro and Amanda Antunes de Paiva did so. .

Colombia, for its part, excelled at the Maringá Olympic Village Velodrome. The duo of the national tandem, made up of Javier Serna and Alberto Castañeda, took the first gold medal for the country.

The ‘Queen of Paracycling’ Carolina Munévar, took the second gold of the day by entering first in the 3000 meters Individual Pursuit for categories C1-C3.

The other two golds, were in the hands of paisa, Alejandro Perea, who was the owner in the MC3 Individual Pursuit and finally Eulises León climbed to the top of the podium in the MC2 Individual Pursuit, with a recorded time of 4.13 .064.

Juan José Florián took second place in the MC1 Individual Pursuit and won the silver medal. Paula Ossa, was second in the individual pursuit test WC5, after registering a time of 4.09.710.

The last medal of the night went to Joseph Jaramillo, who took second place in the MC4 Individual Pursuit. The first continental Para-cycling event in the Americas will continue this Friday with the last track day.